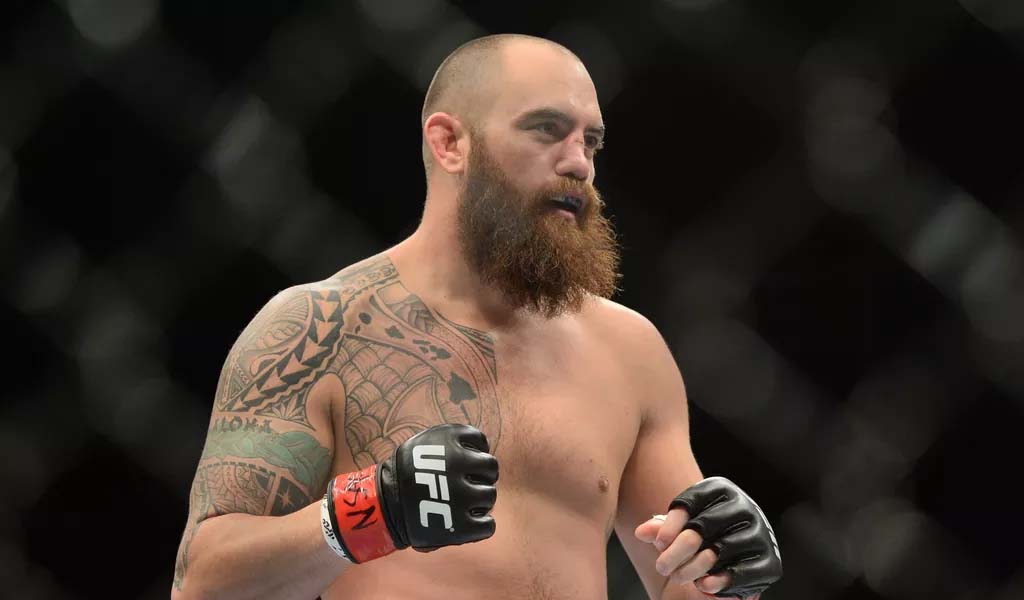 To jump the ring at a WWE show is a stupid thing to do, but to do it when the whole locker room is at ringside is even more stupid. And when you have a couple of UFC fighters at ringside, then you just have a death wish.

When the fan tackled Bret Hart during his Hall of Fame speech, Travis Browne, the UFC fighter and husband of Raw Women’s champion Ronda Rousey, jumped in the ring like an arrow from his front row seat to hold the guy down and ground and pound him until more help arrived. Actually, even after help arrived, he continued to beat up on the guy. Shane McMahon was also quick on the scene a split second behind Browne. Then Davey Boy Smith Jr. showed up to “finish the job.”

Boys and girls Travis Browne hit that ring almost before the attacker even did and was throwing down some ground and pound on this dude. USADA TEST THIS MAN. (from cyberstryke1120 on IG) pic.twitter.com/j1s9WYwDw1