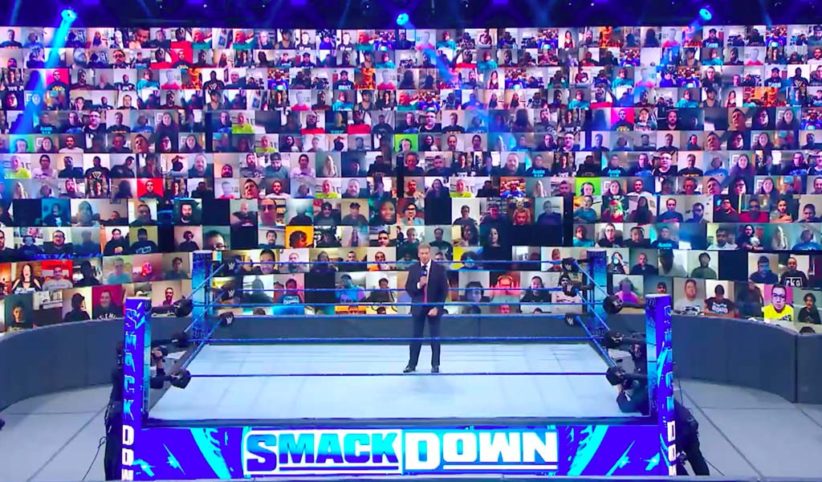 WWE opened more slots for this Friday’s Smackdown on FOX virtual fan board with the ThunderDome concept proving to be popular among fans. Fans can register their interest to be part of the show at WWEThunderDome.com.

While the virtual fans portion of ThunderDome had a rocky start with a few illegal things displayed, WWE is moving along with the concept by promising closer monitoring and banning members who do not behave correctly.

A KKK video, a Chris Benoit photo, a beheading, and other less serious videos and images all made it on the ThunderDome video board for the world to see so far.

A WWE producer is also actively guiding fans throughout the broadcast telling them when to cheer, boo, clap, etc to make them look more interactive during the shows.

Can you make online bets on wrestling matches?