Dave Meltzer of the Wrestling Observer reported after the show that Ronda was diagnosed with a “severely broken hand” although it was unclear when and how Rousey got injured. Meltzer adds to the story that last night was meant to be her last match for a while as she will be taking time off from the ring and there’s no timetable for her return.

The ending of the match seemed somewhat abrupt and looked like a quasi-botched finish as there was no build-up to it and the pinfall came out of nowhere.

Rousey remains under contract with WWE as her original deal was a multi-year one and she is just in the first year of her deal. There were rumors that Rousey would be leaving to start a family after WrestleMania and now with a broken hand, even if she wasn’t, she would have spent a considerable time on the sidelines.

A backstage photo uploaded by WWE.COM after the show shows Rousey walking in pain holding her right hand straight. 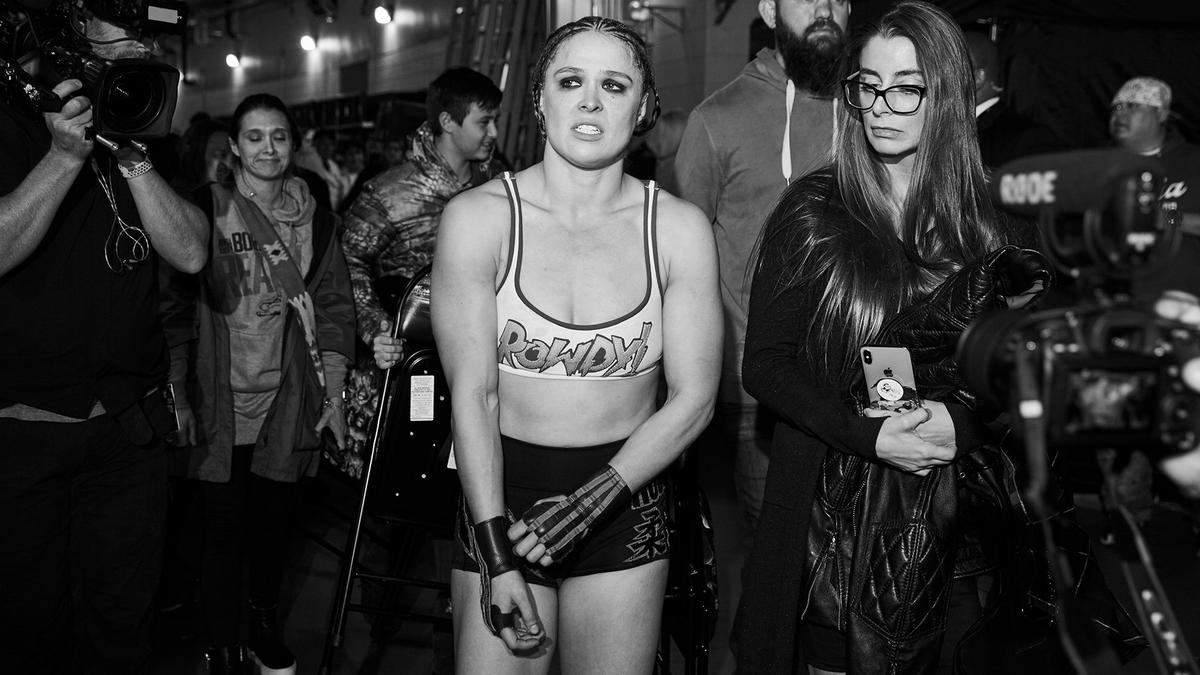 Cena enters the time machine and brings back Dr. of Thuganomics at WrestleMania