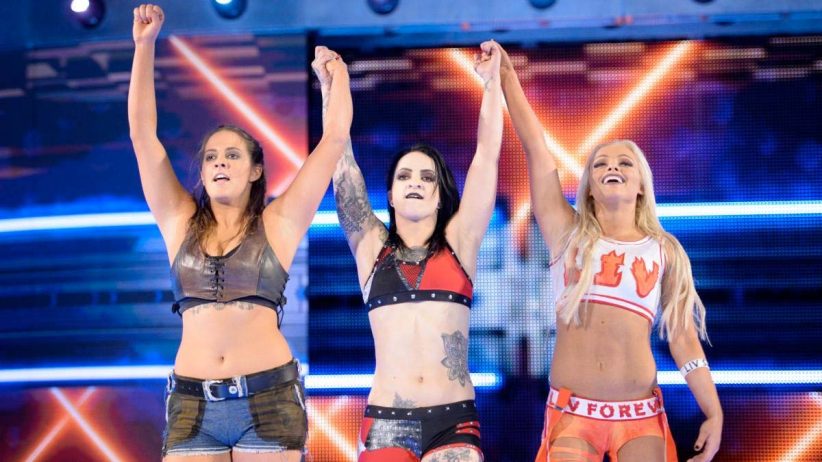 Ruby Riot, Sarah Logan, and Liv Morgan will be teaming up to take on Smackdown Women’s champion Charlotte, Natalya, and Naomi. Charlotte and Naomi were attacked by the NXT trio on last week’s show.

Their arrival is mimicking what’s going on on Raw with Paige, Mandy, and Sonya so it wouldn’t be a surprise if the trio take out their opponents before the match like what happened last night on Raw. It is rumored that Paige will be revealed to be the individual behind Riot, Logan, and Morgan as well.

Broken Matt Hardy has been woken!