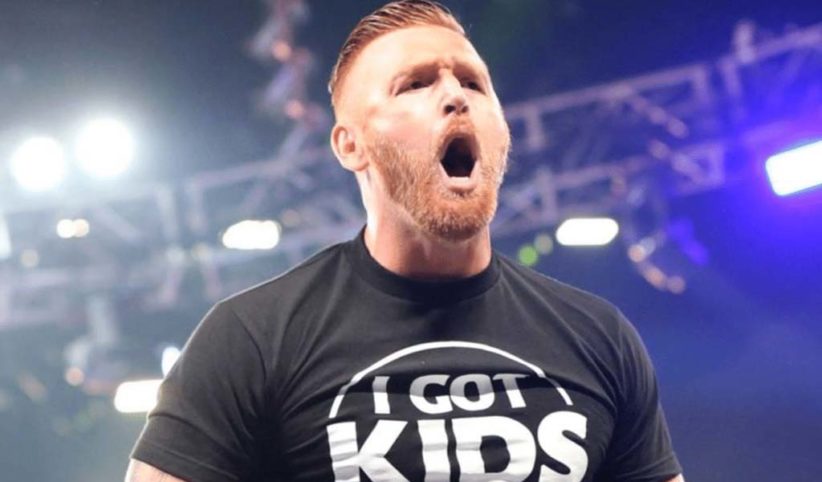 Slater was brought out by Dolph Ziggler who accused him of leaving his friends behind ever since winning the title. Slater berated Drew and said when he was fired, Drew did nothing. The whole segment resulted in a very quick match that saw McIntyre beat Slater in 30 seconds.

After the match, Ziggler attacked Slater but McIntyre had a change of heart and came to the rescue. Both McIntyre and Slater then hugged to end the segment.

Slater is still going through his 90-day no-compete clause and officially is still getting paid by WWE. The company did something similar with Drake Maverick, making him work his notice but then rewarded with with a new deal after the Cruiserweight title tournament ended on NXT.

The former tag team champion uploaded a video on social media working out and ended with “July 18 watch the hell out.” July 18 is the day he can wrestle anywhere else and is also the date that happens to be the Impact Slammiversary pay-per-view.

Slater was teased on appearing at the pay-per-view in a taped promo last month by his former tag team partner Rhino on Impact who told Desi Hit Squad member Hakim Zane that he already has a partner for the show “and he’s got kids.” The tag line was famously used by Slater during his WWE run.

"I've already got a tag team partner…and he's got kids." @Rhyno313 has no interest in teaming with @HakimZane. #IMPACTonAXSTV pic.twitter.com/XVL8xQFdCD

SummerSlam moved to the WWE Performance Center from Boston