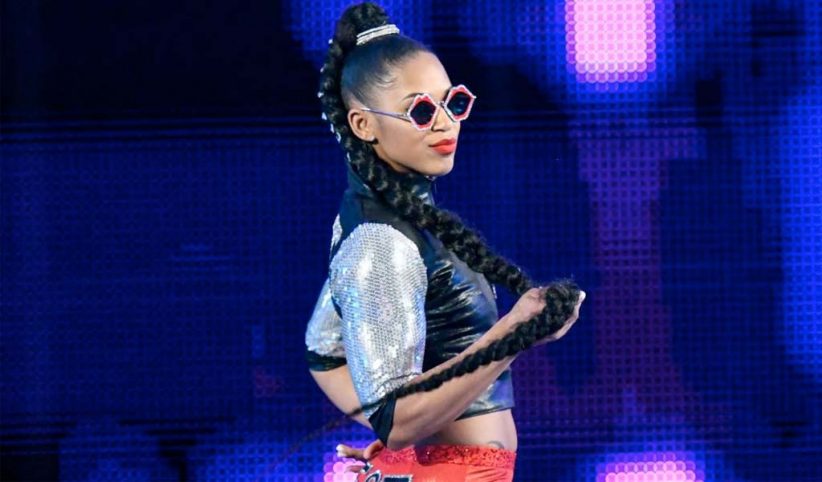 Bianca Belair, the wife of Raw Tag Team title holder Montez Ford, got her first WrestleMania moment last night after she came to the rescue of The Street Profits.

After Ford and Dawkins successfully defended the Raw Tag Team titles against Angel Garza and Austin Theory, the heels quickly jumped on the champs following the match and were assisted by their business manager Zelina Vega. Vega attacked Ford but that did not last long as the NXT star rushed to the rescue and whooped Vega’s ass, delivering her finishing move.

As Belair celebrated in the ring, her husband slid into the ring and hilariously admired his wife and then he and Dawkins lifted Belair on their shoulders to end the segment.

Belair was the third person from NXT, along with Rhea Ripley and Austin Theory, to be part of this year’s WrestleMania.

The Big Show Show season one now available on Netflix