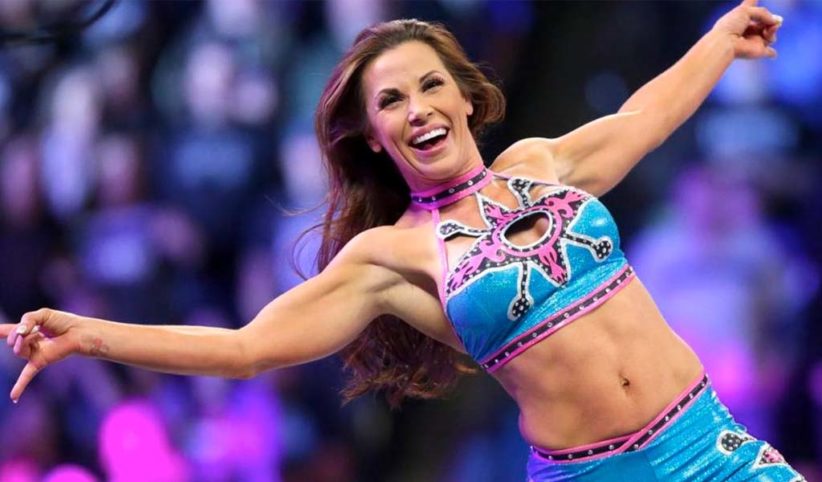 The Asuka vs Mickie James match ending on Raw last night left everyone wondering what the hell happened as the referee stopped the match out of nowhere.

Asuka had Mickie James locked in the Asuka Lock but James was rolling around trying to escape from the submission move. At that point, the referee signaled to the timekeeper to ring the bell as James had a WTF look on her face and gestured with her hand as if to say, “Why?”

The commentary team sounded confused and even the referee looked confused, not to mention both Asuka and James were even more confused. The referee then told the ring announcer that Mickie James could not continue even though it was pretty obvious that she was still in control.

“I’m hearing that @MickieJames may have injured her shoulder in tonight’s #Raw match – which would explain the quick ending to the match,” tweeted Mick Foley after the match.

But neither WWE nor Mickie James have announced anything related to any injury. James posted a photo of her WTF look on social media with the words “Not… Like… This…” and a broken heart emoji.

You can see the ending below.

Sports betting sponsorships in the EPL: what are the positive effects