All In ticket prices and seating chart published

The biggest privately-funded independent wrestling show, titled All In, takes place on Saturday, September 1, and the ticket prices and seating chart have been published.

All In is funded by Cody Rhodes and The Young Bucks and will be held at the Sears Center in Chicago, Illinois. Those scheduled to appear so far include Kazuchika Okada, Kenny Omega, Hangman Page, Marty Scurll, Joey Janela, Chelsea Green, Britt Baker, Jay Lethal, members of The Bullet Club, and many more still to be announced.

The Sears Center holds over 11,000 fans and if this event manages to sell out as it’s thought to be, it will be the largest independent wrestling show ever held.

You can see the seating chart below. 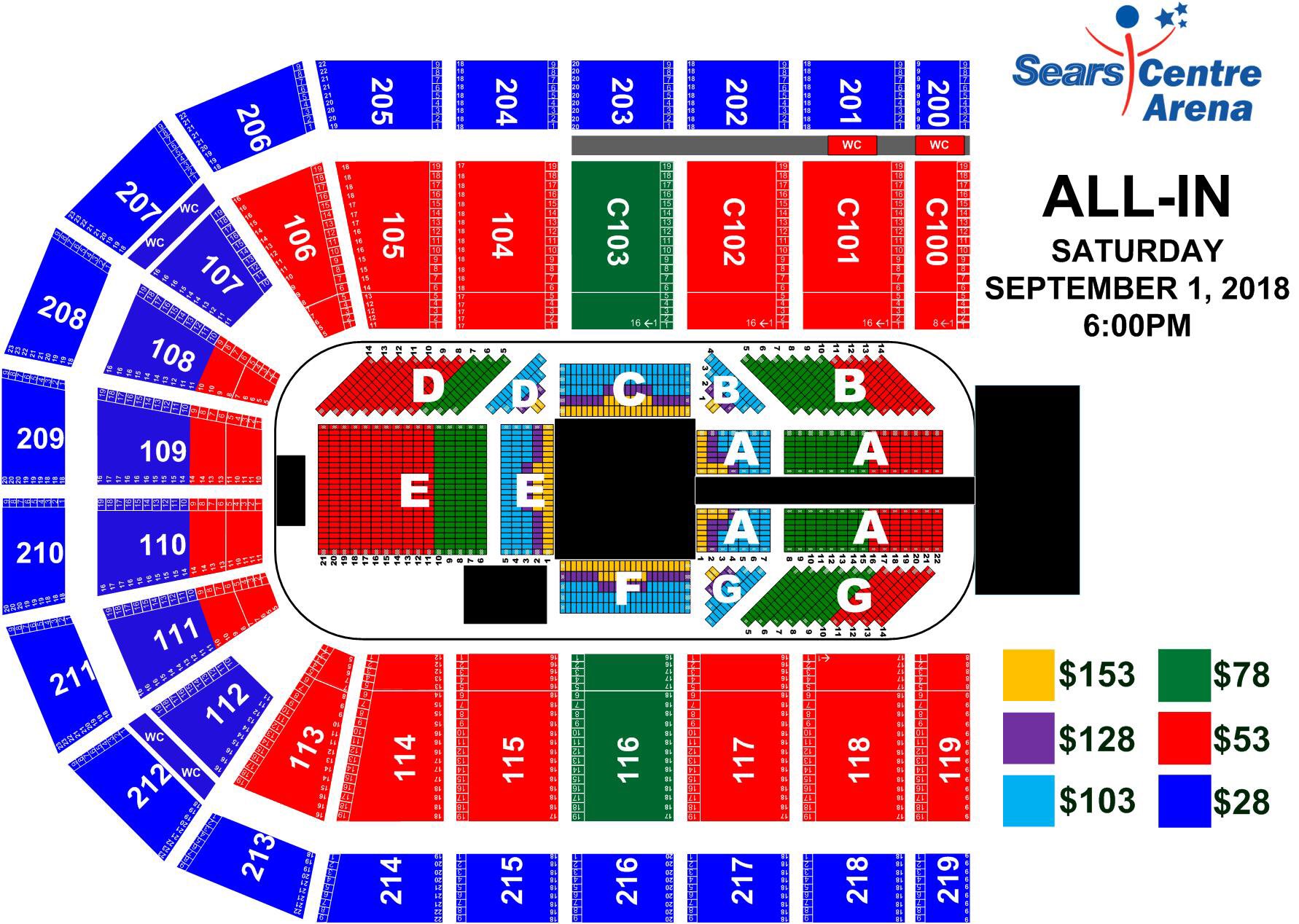 Nick Aldis explains why Jeff Jarrett accompanied him at All In

One person who was cut from WWE on April 15 but announced late was Mojo Rawley, the former 24/7...

WWE targeting SummerSlam to have live fans in attendance

Just Barrasso of Sports Illustrated is reporting that WWE is targeting SummerSlam as the next show to be performed...