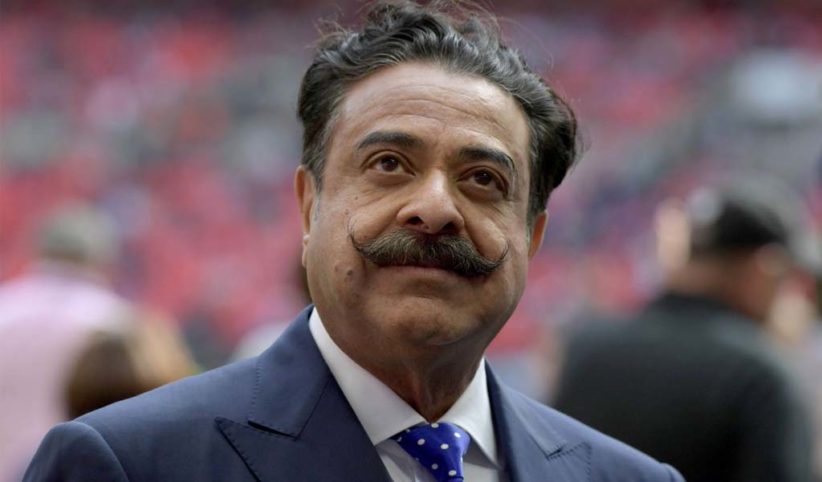 Shad Khan, the father of AEW President Tony Khan and the man who is funding All Elite Wrestling, spoke about the launch of AEW with Yahoo Finance’s All Markets Summit: Generational Opportunities.

Khan said that the whole concept started with his son Tony who had this idea and drive as a lifelong wrestling fan to launch his own promotion so he decided to support him financially.

“He kept talking about it, that we ought to do it, and here are the reasons why we should do it. I kept stress testing the idea, and then I struck a check to fund it because if you’re going to do it, it’s gotta be right,” Khan said. “That was the most important thing. You don’t get a second chance to make a first impression, but his idea, his passion, and his drive, and it’s off to a great start.”

When asked about WWE as their competition, Shad Khan told Yahoo! Finance that the promotion is focusing on building its brand rather than competition with WWE, noting that “WWE is a great company,” but in the late 90s, there were 10 million fans watching weekly and now it’s just to around 2 million.

“So we’re tapping into fans who were not engaged and quite frankly the younger fan who never got quite into it. Competition is good for everybody, but it’s very important for AEW to do our own thing,” he explained.

Khan also noted the difference between running an NFL team and a wrestling promotion, saying that the biggest challenge is finding talent. “It’s quite different, and that’s the question I had for Tony. His point to me was that the big difference here is there’s a huge amount of talent that’s on the street. Whereas in football and the NFL, the top talent is already there.”

The Pakistani American billionaire businessman is the owner of the Jacksonville Jaguars of the NFL, and Fulham F.C. of the English Football League apart from owning AEW. He is worth $7.9 billion, more than double of what Vince McMahon is worth.

CM Punk merchandise on ProWrestlingTees gone apart from one item