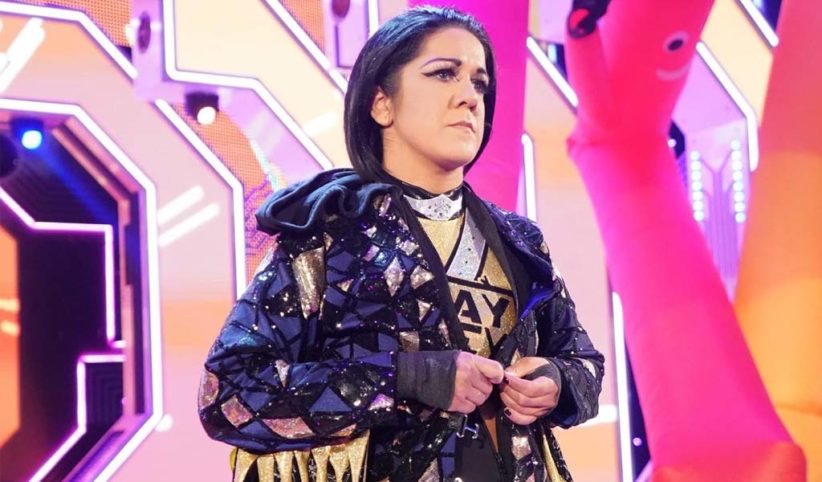 Bayley’s next opponent for SummerSlam will be determined next week on Smackdown with a battle royal involving females from Raw, Smackdown, and even NXT.

The announcement of the match was made last night by WWE Chief Brand Officer Stephanie McMahon, who joined the broadcast via video. McMahon said she’s not sure about the two of them being role models but they did get her attention that’s for sure.

Bayley and Banks tried to suck up to Stephanie, telling her that they are trying to follow her footsteps and how they’re fans of her and her husband and watch them every day on the WWE Network…for $9.99. Banks said the things they’re doing is what’s best for business, something that both Triple H and Steph used a lot in the past.

Stephanie said she’s not there to lecture or punish them but she’s there to challenge Bayley. She said Bayley has been making enemies for the past several months across all the WWE brands and one of them will be able to get payback at SummerSlam.