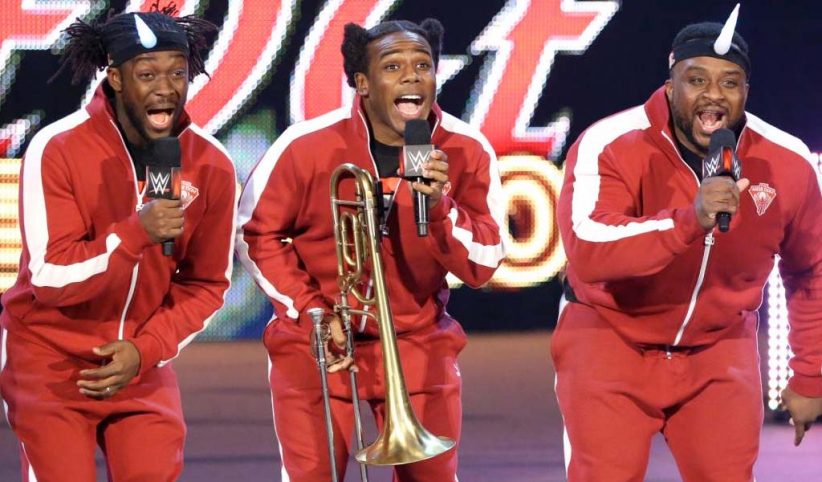 Xavier Woods and Kenny Omega have called in their backup for their Street Fighter V encounter at the 2018 Electronic Gaming Expo event.

Woods will have his New Day team mates Kofi Kingston and Big E with him while the new IWGP champion Kenny Omega called in his Elite friends The Young Bucks to join him for this epic encounter.

The two teams will face off in a Street Fighter V battle on Thursday, June 14 at 4PM EST in Los Angeles. Their video game battle will be streamed live on Capcom’s Twitch account.

WWE is promoting the match on their website, first referring to Omega as just an independent wrestler and then as the IWGP champion in their second article. The new post also mentions The Elite.

Woods and Omega, both avid gamers, have been trading words on social media over the last several weeks on who is the better Street Fighter gamer. Capcom, who makes the game, stepped in and set up the encounter to declare the winner.

“What will happen when these trios meet for what is sure to be an explosive video game battle? Will Omega, the self-proclaimed “Best Bout Machine,” unleash the V-Trigger on his way to a six-star Street Fighter classic before saying goodbye and goodnight to his rivals? Will The Young Bucks make Ken and Ryu put on a virtual superkick party? Or will The New Day serve up a heaping helping of humble pancakes to their rivals and prove that though Omega & The Bucks may be elite in the ring, when it comes to Street Fighter, they’re just booty?” says the WWE.COM article.

Yep, who thought that was gonna happen!?

James Ellsworth returning at Money In The Bank pay-per-view