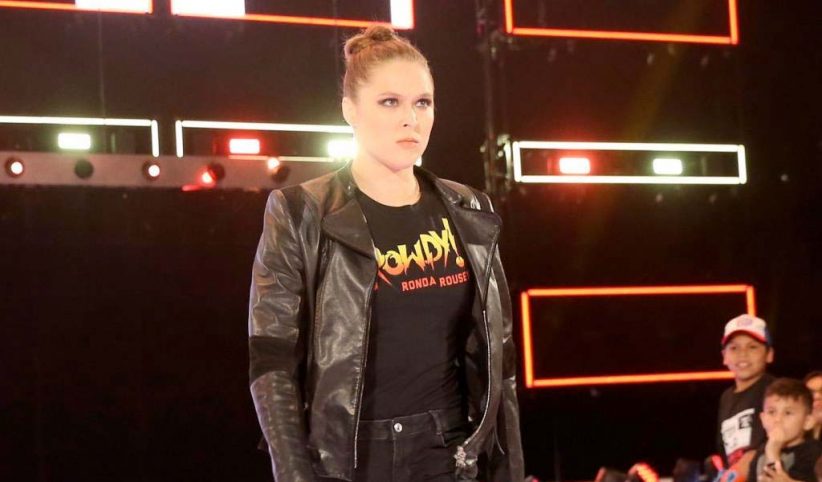 Ryan Satin of ProWrestlingSheet.com is reporting that the reason why Ronda Rousey did not appear on Raw on Monday was because she was in Pittsburgh undergoing medical tests as she prepares for her first pro wrestling match at WrestleMania 34.

A WWE.COM article last week said that Rousey would be appearing on every Raw leading up to WrestleMania but obviously that was not the case. The article was deleted from the website but Rousey was later added to the next three Raw shows, with her graphic showing next to Superstars such as Roman Reigns, Brock Lesnar, John Cena, and others.

PWInsider.com adds to the story that Rousey and Angle have been spotted in Stamford, Connecticut going over their mixed tag team match.

Meanwhile, Rousey was not the only one who was advertised and did not appear. Brock Lesnar, the WWE Universal champion, was also advertised to be appearing in Detroit but for the second time he was not there. This is part of an angle which the ultimate goal is to get fans to cheer for Roman Reigns by the time WrestleMania comes around by portraying that Lesnar does not care about the fans.