Two-time WWE Hall of Famer Ric Flair and his daughter Charlotte are releasing a new book titled Second Nature: The Legacy of Ric Flair and the Rise of Charlotte. The book, published by St. Martin’s Press, will contain 320 pages and will be released on July 25, 2017.

The synopsis of the book reads, “Ric Flair is a 16-time World Champion and two-time WWE Hall of Fame Inductee. His four-decades long career is recognized as one of the greatest of all time, but with success comes a price. Despite his effortless brilliance in front of the cameras, his life away from the cameras includes personal struggles, controversy and family tragedy. Through his bond with Charlotte, he’s becoming the father he needs to be while rediscovering the legend he has always been.”

“Charlotte grew up in the shadow of her famous father, ‘the dirtiest player in the game,’ but now she is poised to take the Flair name to new heights. As the inaugural WWE Women’s Champion, Charlotte has had an impressive career, and she’s just getting started. With the (dare we say it) flair of the “Nature Boy” running through her blood, Charlotte is destined for greatness. Find out how she embraced her heritage and battled her own challenges through her rise to the top of WWE.”

The cover of the book features a photo of Flair in his prime holding the WCW World title and Charlotte holding the WWE Raw Women’s title both wearing a pink robe.

You can see a photo of the book below. 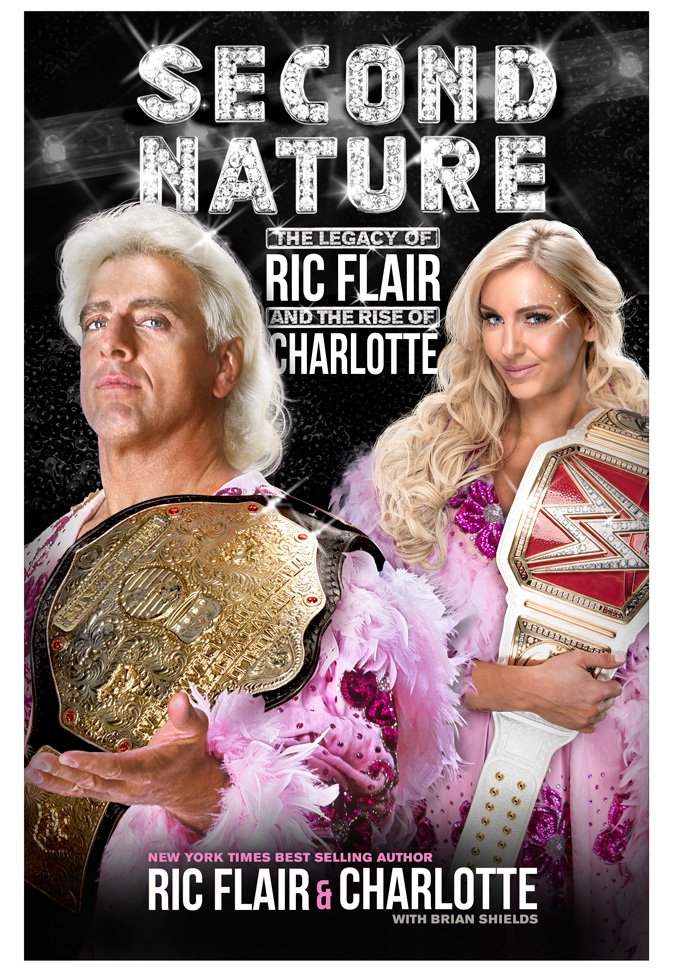 Charlotte Flair says she has tested positive for COVID-19