A photo snapped from inside the Levi’s Stadium, the home of WrestleMania 31, shows the set that is being constructed for this Sunday’s mega event.

The set features a gigantic LED video wall going across from one side to another with a big circle in the middle which looks like it will be the “play” button that has been part of the WrestleMania 31 logo. The words WrestleMania sit on top of the video wall but using a futuristic-looking font rather than the classic WrestleMania font.

The ring will be covered by some kind of canopy again as there are four large steel structures in the corners that will serve as the base to whatever will cover the ring.

The weather seems to be cooperating so far as forecasts indicate it will be 82 degrees Fahrenheit on Sunday and will be sunny.

You can see the photo below. 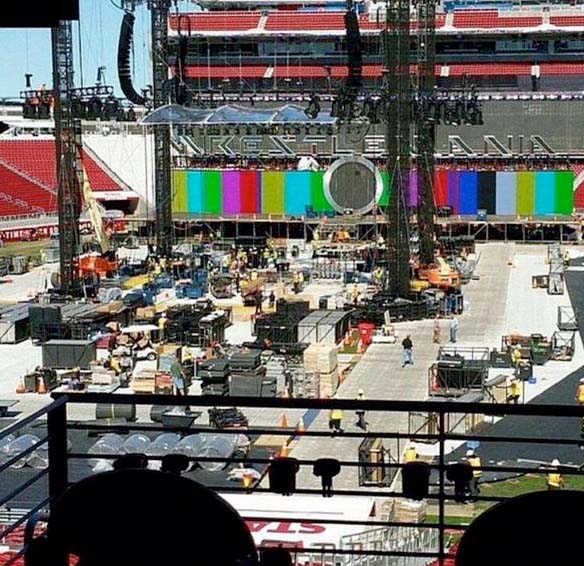