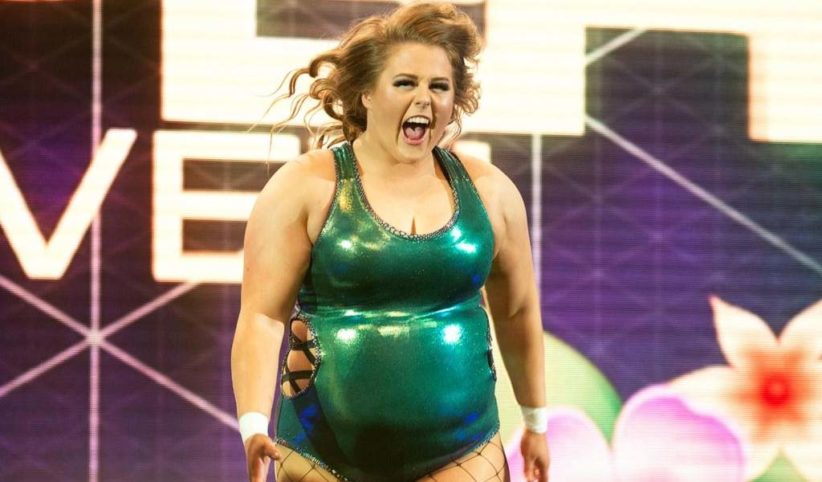 NXT UK star Piper Niven revealed that she is suffering from a case of Bell’s Palsy, the same condition that Jim Ross has been suffering for many, many years.

In a post on Twitter, Niven, real name Kimberly Benson, wrote, “Who’s got two thumbs, a funny face and has Bell’s Palsy?” and attached a photo of her in hospital.

Niven seems to be taking this with at least some humor, cracking jokes saying that on the plus side, she can now do a “pretty smashing people’s eyebrow” for the first time in her life and one of the pros of having Bell’s Palsy is not knowing if she’s making a weird face at someone or just her condition acting up.

Responding to one her tweets, AEW’s Jim Ross said, “You look great, young lady! Bell’s Palsy is just another bump in the road for you. I’ve had it three times and our only option is to fight through it. Stay positive. You have a bright future.”