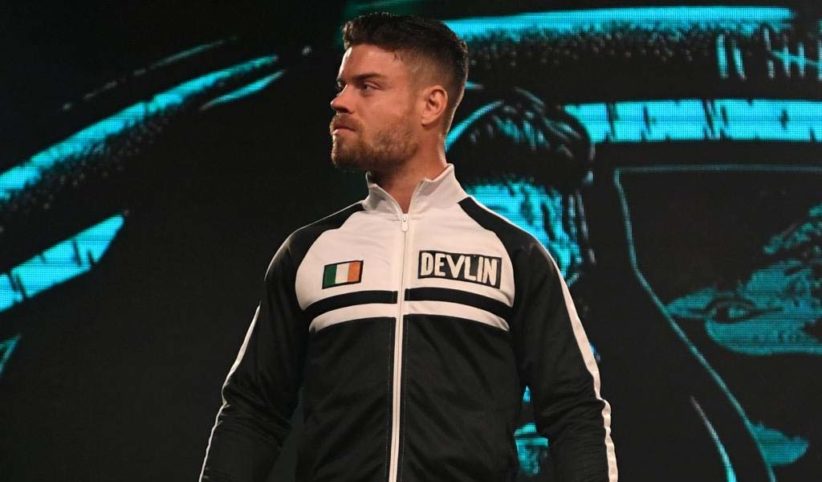 One of the two WWE Cruiserweight champions, Jordan Devlin of the NXT UK brand, might be in hot water after allegations of domestic abuse.

Devlin, who tweeted about OTT Wrestling entering a new chapter after severing ties with their champion David Starr due to similar allegations, was met by someone who posted photos on Twitter saying that Devlin did that to her.

“My head is full. But my abuser is now tweeting about @OTT_wrestling vacating their championship. You’re in danger of putting another abuser right in Starr’s place,” the Twitter user by the name Hannah wrote.

Hannah then showed photos of her bruises in another tweet. “This is scary. I’m really scared. Jordan Devlin did this to me. And this is just the physical damage. Not including my arse and back bruises….because I don’t fancy posting that online.”

Women have started speaking out and sharing their stories yesterday about their abuse from professional wrestlers who work in the UK indie scene using the hash tag #speakingout.

In a short statement, WWE said they are investigating the allegations. “We take any allegation of this nature very seriously and are looking into the matter,” WWE said.

Apart from Devlin, other NXT UK stars who have been similarly accused are Travis Banks, Ligero, and Joe Coffey.

Pete Dunne, who worked with the David Starr, also cleared the air by writing, “For the record; I had no clue that David Starr was a sexual predator. If I did he wouldn’t have been anywhere near a locker room I was in. I did however find him to be full of shit. Hope that clears it up.”