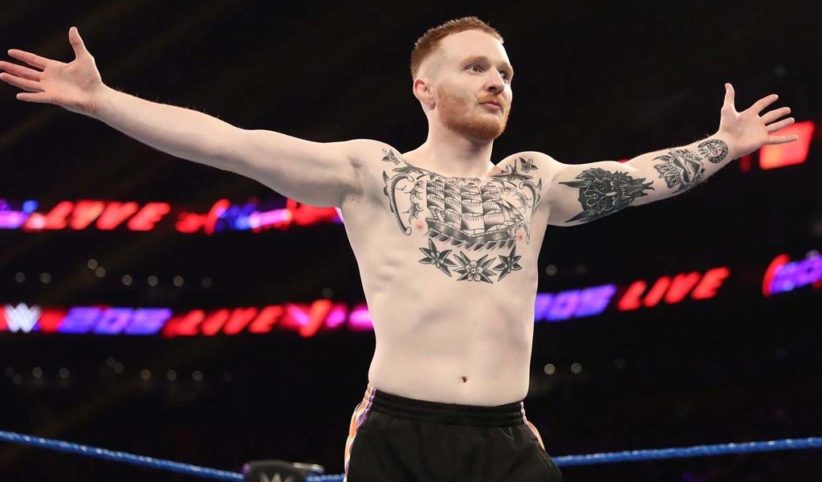 The floodgates opened yesterday and today as many other women continued to out several British wrestling stars, some of whom work for WWE.

Apart from Jordan Devlin, whose story is being investigated by WWE, 205 Live and British star Gentleman Jack Gallagher is also accused of inappropriate touching and rape.

A Twitter user by the name of JayneBkyboo wrote a long note saying that on New Year’s Eve in 2014, she was at a house party and Jack Gallagher was there. “Jack got me drunk. While I acknowledge that I am an adult and can make my own decisions, he was literally pouring straight spirits into my glass, putting it to my mouth and telling me to drink,” she recounted.

She said Gallagher asked her to sit on his lap and when she refused, he sat on her lap and made advances. “The entire time I expressed that I was uncomfortable, but I also didn’t want to make a scene. In hindsight I should have,” she wrote.

Then, she said she went to the bathroom and Gallagher barged into the room and pulled her skirt, pulling it so hard he ripped it.

“I spent years afterwards downplaying the story, trying to not cause any issues. I’m not going to be silent any longer.”

Another user, named Tori with the Twitter username ‘slaymysterio,’ replied to the thread and said that while they don’t know each other, Jack raped one her friends.

“I’ve been angrily sitting on that for a long time but she hasn’t been ready to tell her story. I believe you, you are so brave,” she wrote.

Fellow British star Ligero is also being accused of abusing women. Ligero is a current member of the NXT UK roster. Female pro wrestler Natalie Sykes wrote that Ligero was her trainer and the two became friends when she was 17 years old.

Ligero started messaging her on Snapchat and WhatsApp with sexual comments and she would “just laugh it off” so he wouldn’t get mad at her. Ligero allegedly also asked her for selfies or photos of her wearing her wrestling gear but she never complied.

Sykes wrote how Ligero became obsessive over her private relationships and was constantly bullying her partners and encouraging her to break up. “It came to a point where I was in a very bad place mentally and I completely shut down and stopped training,” Sykes added.

Jim Cornette and wife Stacey accused of being sexual predators