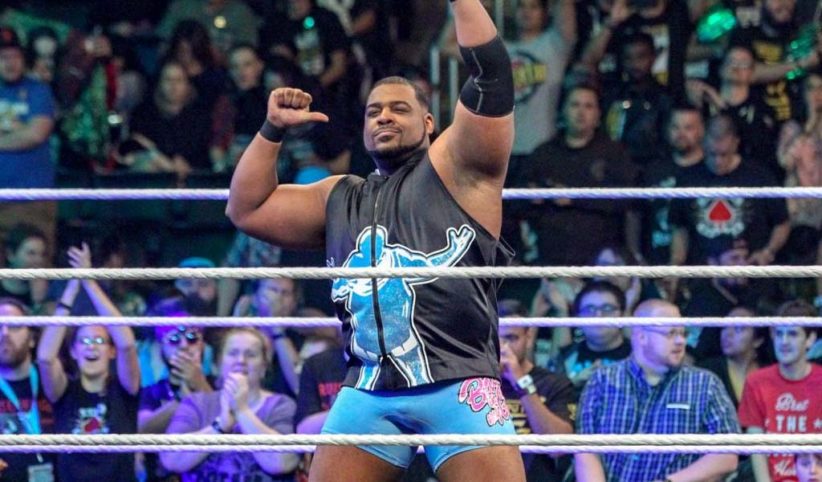 Lee walked down to the ring after Kross took out Danny Burch in the opening match and said that he promised William Regal he would not touch Kross until their match if he signed. Lee called Kross a bitch and told him that his signature is there, Regal’s is there, and all it remains is “your punk ass name.”

Kross signed the contract and Scarlett sealed it with a kiss and slid the contract back in the ring for Lee. Lee opened the folder and was hit with a fireball in his face.

Karrion Kross back in action tonight on NXT on USA Network