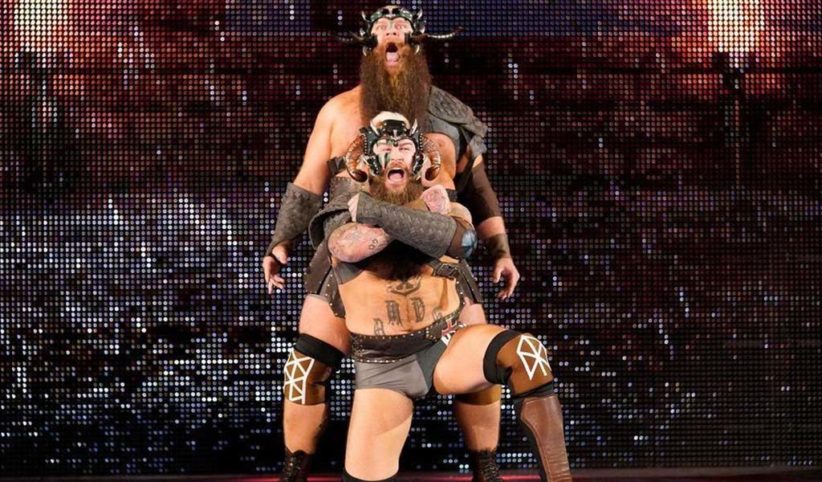 The NXT Tag Team titles have been vacated by The Viking Raiders and a decision on the future of the titles will be made on next week’s episode of NXT by General Manager William Regal on the WWE Network.

The Viking Raiders, who up until yesterday were champions, appeared on NXT and decided that no other team would be able to beat them so they were ready to surrender the titles and concentrate solely on their Raw journey. The Street Profits did not agree to that statement and wanted a title shot for later in the evening.

The match though ended in a disqualification after The Forgotten Sons interfered and then Danny Burch and Oney Lorcan also joined in on the fun for a wild brawl. At the end of the episode, The Viking Raiders were left standing, still holding their tag team titles.

They won the NXT Tag Team titles at NXT Takeover: Phoenix in January from The Undisputed Era.

Alexa Bliss not medically cleared, taken off the Money In The Bank ladder match