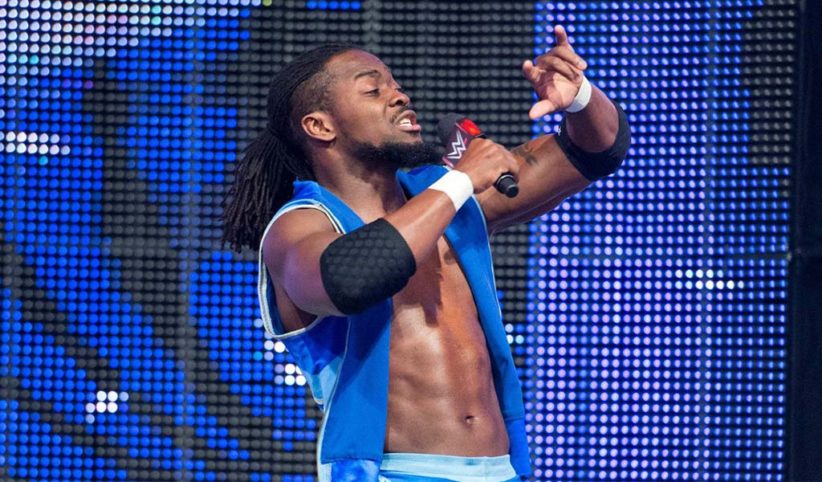 Vince McMahon made sure that Kofi Kingston did not walk out of Smackdown with a championship opportunity at WrestleMania.

The New Day member did what he was asked to do in the first place…he beat Sheamus, Cesaro, Rowan, Samoa Joe, and Randy Orton when he ran the gauntlet. But the WWE Chairman and CEO had one last trick up his sleeve for Kofi, and introduced Daniel Bryan as his final opponent for the night.

The celebrations of Big E and Xavier Woods were cut short as they were sent to the back and couldn’t stay at ringside to support their tag team partner. Unfortunately for Kofi, the WWE champion came up with the upper hand after he hit him with the running knee for the pinfall. The lengthy gauntlet match took nearly the whole second hour of the broadcast as Kofi put on another superstar iron man performance.

Meanwhile, some fans on Twitter used last night’s angle to bash McMahon for doing everything he can to screw black guys over and not letting them win the WWE title. One particular individual replied to the thread asking if he ever heard of The Rock. Dwayne Johnson caught the discussion after he was tagged in the post and actually replied, saying, “Glad I came across this and I’ll give you guys some context & truth. I identify as exactly what I am – both. Equally proud. Black/Samoan. And my friend, let me expand your thoughts a bit here – I transcended race in wrestling so there was no “booked that way.” Thx guys.”