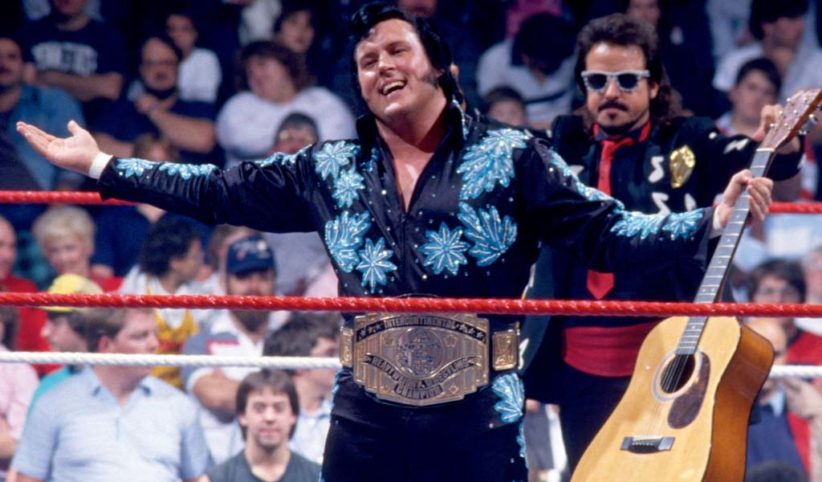 Are you ready to shake, rattle, and roll?

WWE today announced that The Honky Tonk Man, the self-proclaimed greatest Intercontinental champion of all time, will be inducted into the WWE Hall of Fame class of 2019. It’s somewhat of a long overdue recognition for the 66-year-old but his time to join the Hall has finally come.

Born Wayne Farris on June 25, 1953, he started his wrestling career in 1977 with Koko B. Ware. He moved to Memphis Wrestling in 1978 and also had stints with the AWA, Jim Crockett Promotions, Puerto Rico’s WWC, and Stampede Wrestling before hitting the big time in WWE.

Farris joined the WWE in 1986 and was given The Honky Tonk Man gimmick. He teamed up with Jimmy Hart to solidify his turn as a heel and the move paid dividends as less than a year later, he won the Intercontinental title from Ricky Steamboat. After feuds with George “The Animal” Steele, Macho Man, Brutus Beefcake, and even Hulk Hogan, Honky’s time as Intercontinental champion came to a close at SummerSlam 88 after The Ultimate Warrior beat him in just 31 seconds, ending his 454-day reign. To this day it remains the longest Intercontinental title reign in the history of the WWE.

HTM later teamed up with Greg Valentine to form Rhythm and Blues in 1989 but in 1991 he left WWE and resurfaced in WCW in 1994 for a very short period until he was fired by Eric Bischoff. Honky Tonk returned to WWE in 1997 as a color commentator and a manager but left again in 2001. He made sporadic appearances on WWE television throughout the past several years including showing up on Old School Raws and other programming. He inducted his friend Koko B. Ware into the WWE Hall of Fame in 2009.