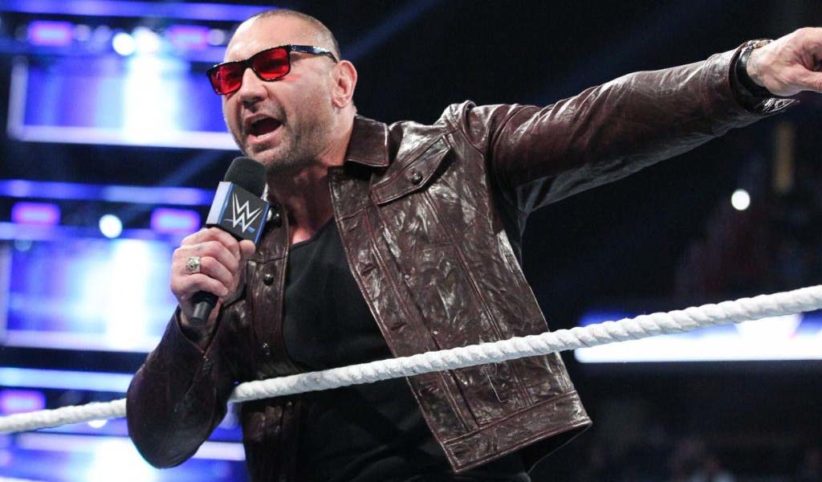 The Ric Flair 70th birthday party on Raw turned out to be anything but a party thanks to the returning Batista.

With Triple H, Stephanie McMahon, Shawn Michaels, Kurt Angle, Ricky Steamboat, and Sting waiting in the ring and all the Raw Superstars on the top of the ramp, Flair never made his way out after his famous theme song kicked in.

WWE cameras then cut to backstage where Batista hijacked a WWE cameraman in front of Flair’s locker room. He slammed the door shut and after a few seconds, the former World Heavyweight champion dragged Flair’s body outside the room.

“Hey Hunter, do I have your attention now?” Batista said looking directly into the camera.

The angle kicks off the program between Triple H and his former Evolution partner Batista which will climax with a match at WrestleMania 35.

Batista was last seen at the Smackdown 1000 episode where he reunited with all members of Evolution and teased a confrontation with HHH after he noted how Triple H never beat him one-on-one.

Roman Reigns returns on Raw, announces his leukemia is in remission