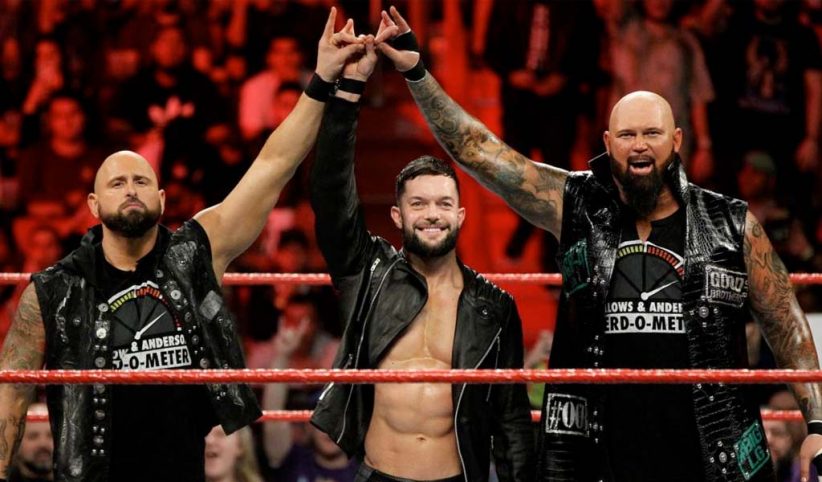 The individual(s) manning the WWE UK Facebook and Twitter accounts made a major snafu yesterday after they called the reunion of Balor, Gallows, and Anderson as The Bullet Club.

The social media posts were deleted when the mistake was noticed but many people were quick to screen grab the posts. The post was later resubmitted and instead of Bullet Club, they referred to them as The Balor Club.

The Young Bucks, who received a cease and desist letter to stop using the Too Sweet hand signal, responded to the WWE UK Twitter account by simply posting their Cease and Desist t-shirt design. The Bullet Club name is not owned by WWE and obviously cannot be used on television or merchandise. 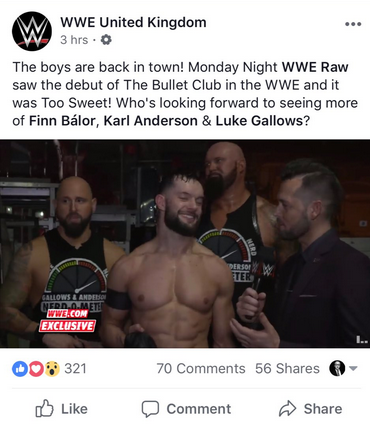 Jumanji: Welcome to the Jungle with The Rock continues to bring in viewers