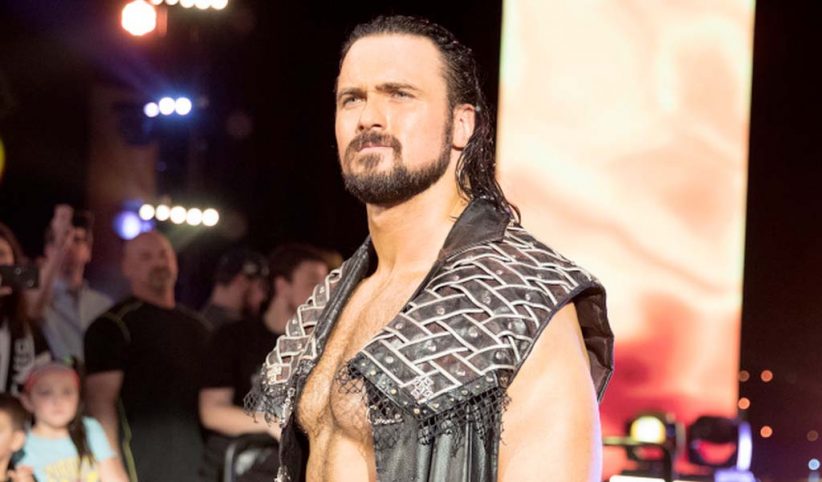 McIntyre returned to NXT at NXT Takeover: Orlando in April 2017, appearing ringside before the main event. It was revealed afterward that he signed a new WWE deal and he showed up on NXT television two weeks later. He won the NXT title at NXT Takeover: Brooklyn III by defeating Bobby Roode but then lost it to Andrade “Cien” Almas a few months later at NXT Takeover: WarGames on the night before the Survivor Series. Unfortunately, he also suffered a bicep injury during the end of the match which kept him out until Monday.

Andrade “Cien” Almas joined WWE in November 2015 and made his NXT debut in January 2016. His television debut came at NXT Takeover: The End in June 2016, defeating Tye Dillinger. The man formerly known as La Sombra in the world of lucha libre received a much-needed boost to his NXT career when Zelina Vega was introduced as his new manager in 2017, shooting to the top of the pack and winning the NXT title by defeating McIntyre. He kept the title until NXT Takeover: New Orleans earlier this month, losing to Aleister Black after 140 days as champion. Almas made his first main roster appearance during the Royal Rumble as one of the surprise entrants.

Zelina Vega, real name Thea Trinidad, joined WWE in June 2017 as Almas’ manager. Her televised debut came in July of last year but then returned a month later under her new name. Vega is known for interfering in matches and performing moves on Almas’ opponents. The former TNA Knockout plays the role of AJ Lee in the upcoming movie Fighting with My Family, produced by Dwayne Johnson’s Seven Bucks Productions and WWE Studios.

Eric Young made his NXT debut in May 2016 in a one-shot deal and then signed a contract a few months later, returning to the company in October. Alexander Wolfe started training at the WWE Performance Center in April 2015 and made his TV debut three months later. Killian Dain joined WWE in June 2016 and made his non-televised debut at a live show in November that year. He originally wrestled under the name of Damian O’Connor and switched to his current name a few months later. The trio joined forces in October 2016 under the name of SAnitY which also included Nikki Cross. Cross did not join the group on Smackdown and has stayed in NXT.

These six individuals join the main roster along with Ember Moon, The Authors of Pain, No Way Jose, and The Iconic Duo who debuted on the post-Mania shows.