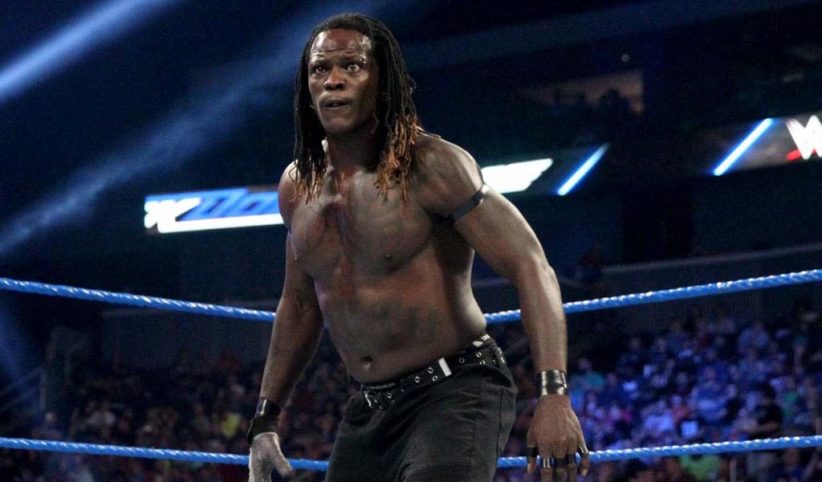 The insanity of the 24/7 title continued at 39,000 feet in the air aboard the Atlas Air Boeing 747 jumbo jet as R-Truth stepped in Saudi Arabia as the 24/7 champion after having lost the title on the tarmac before takeoff.

The title change happened somewhere “over the red sea” when Mahal decided to cover himself from head to toe and take a nap. Truth came down the aisle and uncovered every single Superstar who was sleeping with a blanket on and then when he found Mahal, he just covered him while he was sleeping as the referee counted to three.

When everyone realized what happened, Truth was chased throughout the plane. He eventually made it to the top floor of the 747 and you could hear the stewardess shouting, “Guys, guys, what’s going on?” as everyone ran behind the new champ. He eventually locked himself in the bathroom where he had a one-on-one talk with the 24/7 “European” title!

While the addition of a new title did not go over very well, skits like this one has been putting smiles on people’s faces according to the reaction online, thanks mostly in part to Truth’s comedic skills.

You can watch what happened below.