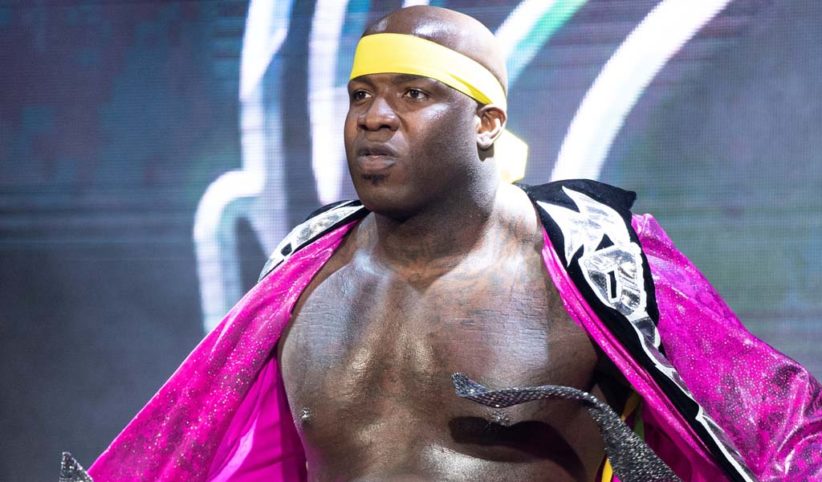 On Impact’s Rebellion last night, Moose was declared the new TNA World champion – yes, TNA – after the reigning Impact champion Tessa Blanchard did not appear on the show.

It was a complicated night on AXS TV as the original Rebellion main event – featuring Tessa Blanchard vs Eddie Edwards vs Michael Elgin – was changed to Michael Elgin vs Moose vs Hernandez in a triple threat match for the title.

Elgin, the only one to appear from the original main event, wanted the ring announcer to announce him as the new Impact World champion but before David Penzer could do that, Moose came out with the old TNA World title.

Moose said that since he’s been conquering all these former TNA stars, he might as well now challenge Elgin with the winner getting the classic TNA title. Hernandez then provided the second interruption of the segment and inserted himself in the match.

But the 36-year-old former professional football player Moose came out victorious after pinning Hernandez with the No Jackhammer Needed spear finishing move and then he forced David Penzer to announce him as the TNA World Heavyweight Champion.

Blanchard and Edwards did not appear due to the coronavirus pandemic and could not travel to Nashville where Impact filmed several weeks of shows in the span of a few days.

Cisco 300-115 SWITCH: remembering key moments and details of the most popular retired exam with practice tests