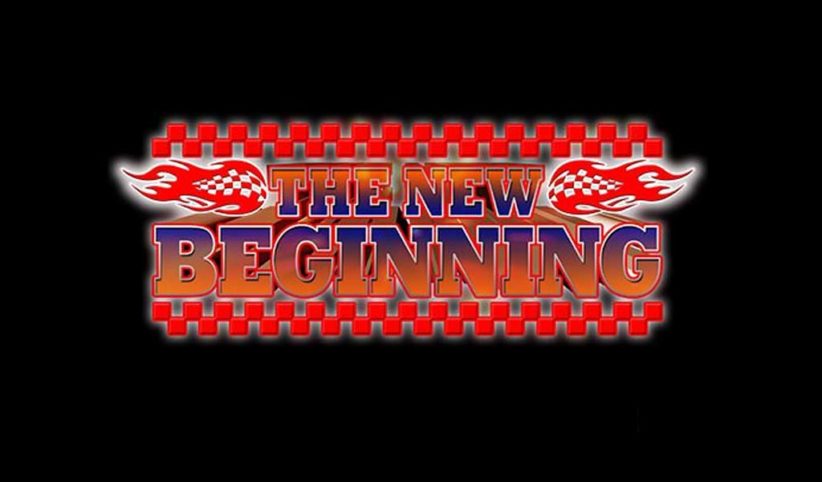 It’s February 11th, 2019 and New Beginning continues today in Osaka, where Tanahashi will defend the belt for the first time against Jay White, who is also getting his first title shot. Will the new Bullet Club leader get his first loss in a while? Will Tanahashi lose the belt in his first defense? The second seemed more unlikely. But let’s find out what happens.

I am going to do something new and add a summary at the end for those who don’t want to read everything (and for our editor to copy to his newsletter).

In the beginning, Tenzan told Iizuka to look at his shirt, which said Friends and had a picture of hte former partners.. This led Iizuka to charge him, just like he did the last time. After as good a match as most of these guys (Suzuki excepting, that guy doesn’t age) can still do, Kojima and Tenzan beat Iizuka down. Tenzan then placed his shirt on Iizuka, hoping he will see what it says. At this moment Suzuki charged the ring with a chair and started attacking everyone. Suddenly Iizuka got up, and grabbed the chair out of Suzuki’s hands as he was about to hit Tenzan. Then, and I can’t say I was surprised, Iizuka turned around and nailed Tenzan with the chair in the neck, as Suzuki stopped Kojima and Iizuka nailed Liger with the chair. Iizuka used the Iron Glove on Tenzan and tore the shirt with Suzuki.

Umino got a couple of close pinfalls at the end, but was ultimately pinned by Sanada after a Skullend.

Not sure what the purpose of this match is, as the feud seems to have been settled already. After a long sequence by Naito and Takagi on Kanemaru, including a backbreaker and a lariat, Naito get the pin with Destino. Naito and Taichi exchange words afterwards. And just when it seemed like this match would go into the pile of puzzling oblivion and the LIJ Jr Tag Team Champs were heading to the backstage, they were stopped by … Roppongi 3K. After some shoving, Sho & Yoh stole the belts and ran to the ring. LIJ retrieved the belts, but in the exchange of words, a title shot was agreed upon.

Ok, so we saw Suzuki and Iizuka’s career-closing angle, the tag team champs, the IC champ Naito and the Jr Tag Team Champs set up their next angle. This is in the first three matches. Now what could possibly follow this?

OK, WTF? None of these guys ever get any push, except Yoshi-Hashi and even his is pretty small. Also nobody here can wrestle except for the above mentioned individual. The opening sequence between Honma and Yujiro was as bad as you will see in New Japan ring. Then Yoshi-Hashi came in and things picked up, but, surprisingly, instead of building his return to action, it ended with Bullet Club throwing him into the guardrail, double-kicking Honma, doing their version of the Killer Bomb, and finally Chase winning with a Packaged Piledriver.

Kota Ibushi makes a surprise appearance and says he is not leaving New Japan and will return for the New Japan Cup.

5. Guerillas of Destiny (with Jado) vs Togi Makabe & Toru Yano

Tanga & Tonga attacked their opponents during the entrance, hitting them with foreign objects. Later, as Makabe made a comeback, they turned it around with Jado’s cane, but Yano then took over. He nearly pinned Tanga Loa with a low-a blow, but Jado distracted him, allowing the GoD to take him out with Nightfall. It was great seeing Makabe and especially Yano in action together. Too bad this ended with another Bullet Club win.

Taguchi came out in green overalls and seemed to pretend to be a DJ with dance moves. Ishimori eventually won with a gutbuster, although Taguchi almost got the upper hand after an anklelock, which ended up turned in to a variation of the same move. Ishimori then challenged Liger, who was doing commentary ringside. Jushin “Thunder” Liger got back into the ring and said he is up to it.

Fale was dominating the earlier portions of the match, but as soon as Okada made a comeback, Chase and Yujiro came into play, which resulted in the ref and Okada going down. All of a sudden Yoshi-Hashi stormed ring and destroyed Owens and Takahashi. Finally Fale knocked him down. When Fale went for his finisher, Okada slid down the back and dropkicked him twice. He then went for the Rainmaker, but Okada almost turned into a chokeslam, but Okada dropkicked him again. Okada set up a Rainmaker again, but Fale chokeslammed him into a punch and covered for a close 2. He went for a splash off the top rope, but Okada dropkicked him yet again and superplexed him. Fale started punching away, but Okada grabbed his hand and turned into a Rainmaker. Okada repeated the move and covered him for the pin.

A long match which White eventually won with a flying elbow and a Blade Runner. Lots of long leg-work spots. This brings up interesting questions as to whether White is winning to move him into MSG as a gaijin champion or if the plan is to get somebody else (Okada or Naito) over, as he has been unbeatable lately. Whatever it is, I am actually kinda excited.

John Cena to host a new season of Are You Smarter Than a 5th Grader?