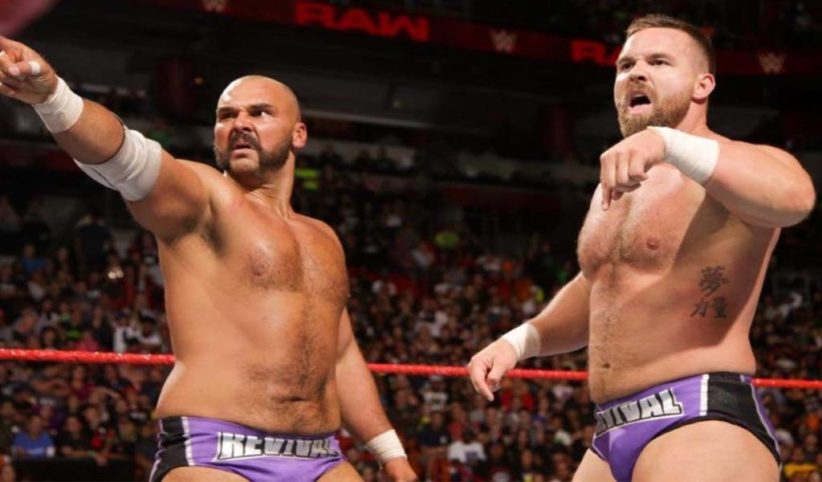 The Revolt, the tag team formerly known as The Revival, filed for five new trademark applications in January and February while still under a WWE deal that are now being objected by WWE with the United States Patent and Trademark Office.

The applications, filed under their real names of Daniel Wheeler and David Harwood, include Shatter Machine, Top Guys, Say Yeah, No Flips Just Fists, and #FTRKO. The attorney on file is Michael E. Dockins of Shumaker Loop & Kendrick, the same office that represents Cody Rhodes.

WWE filed for objection on April 30 and the company has been granted until August 26 to present their case.