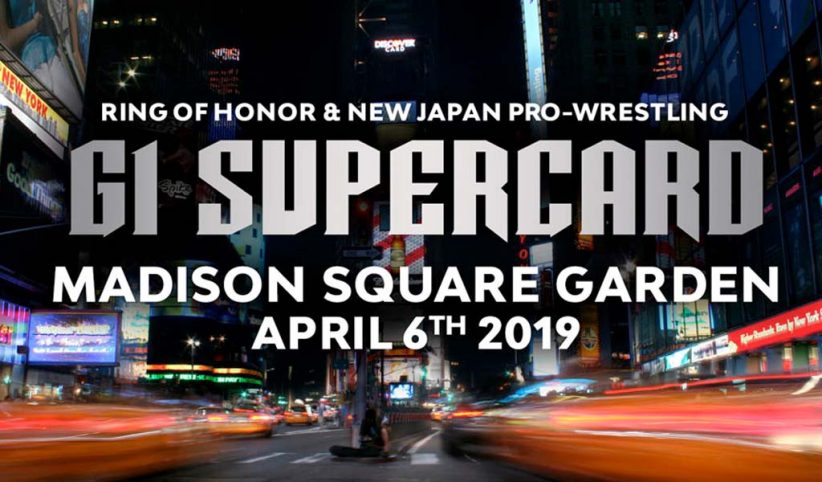 Ring of Honor and New Japan Pro Wrestling will team up to present the G1 Supercard event at Madison Square Garden, becoming the first non-WWE wrestling event to run in The Garden in over 50 years.

The show will take place on April 6, 2019, just two days before WrestleMania 35 at the MetLife Stadium in East Rutherford, New Jersey. WWE decided to hold all the WrestleMania weekend events and television shows at the Barclays Center in Brooklyn, leaving Madison Square Garden empty handed.

“We are thrilled to welcome Ring of Honor Wrestling and New Japan Pro-Wrestling to Madison Square Garden for the much anticipated G1 Supercard,” said Joel Fisher, Executive Vice President, MSG Marquee Events. “We expect April 6th to be another memorable night of wrestling at The World’s Most Famous Arena.”

WWE had already blocked Ring of Honor from running at The Garden later this year.

“This is destined to join a long list of historical wrestling moments and where better to hold it than at Madison Square Garden,” said ROH Chief Operating Officer Joe Koff. “I am extremely proud of what we have been able to achieve as a company and am very appreciative of how great our relationship with New Japan Pro-Wrestling has become. However, none of this would be possible without our fans, who are truly the best in the world. Madison Square Garden would not be possible without them and for that I am most grateful.”

“This is a historic initiative for ROH and New Japan Pro-Wrestling,” Harold Meij, President of NJPW proudly commented. “This gives us a great chance to expose fans to NJPW in the building which housed so many memorable and compelling matches.”

Tickets will go on-sale on Wednesday, August 8 at 10AM EST for HonorClub members and Friday, August 10 for the General Public.