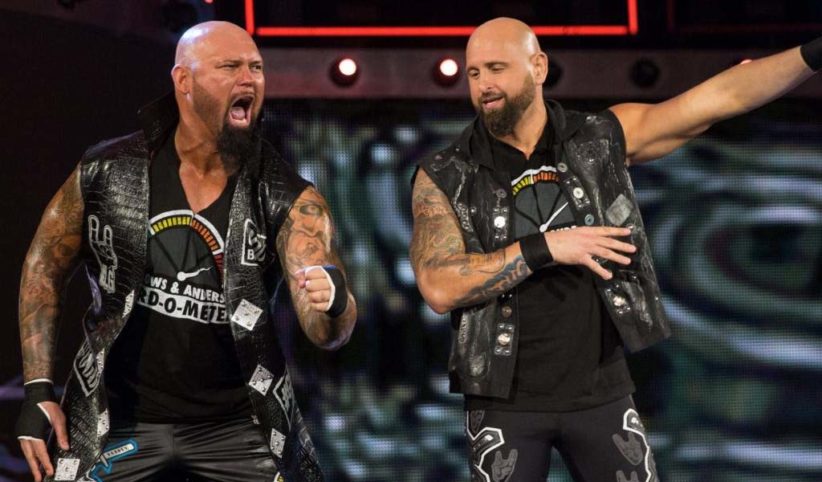 Speaking in a two-hour broadcast on Talk’N Shop Live, Luke Gallows and Karl Anderson spilled the beans over what happened and what led to their departure from WWE and they held nothing back.

The former Raw Tag Team champions pretty much blamed Paul Heyman for getting released back in April and sent AJ Styles on a mission to find out the truth. Styles apparently confronted Heyman after there were some talk that it was Heyman who pushed for their firing. Heyman told Styles that he did not know they were getting released and swore that if he knew, he would have “gone to bat for them.”

Not believing Heyman, Styles then confronted the boss, Vince McMahon, and asked him to tell him the truth. “They weren’t on my list, but yes, it was a Heyman thing,” Vince replied to Styles.

The relationship between Styles and Heyman is now well-documented and Styles moved to Smackdown and Heyman eventually got fired from his Executive Director role.

Meanwhile, Anderson also discussed how when they were dealing for a new contract, Triple H told him to look at his kids and think about what if AEW doesn’t last. “I can promise you one thing, WWE will always be here,” Triple H told Anderson.

“We stopped being boss and employee at that point and we were, obviously not friends, but two humans talking. I’m not saying that Triple H could have stopped anything or even cared, but hearing that from your boss and then having it happen, it’s like damn, they don’t give a f*ck,” he said.