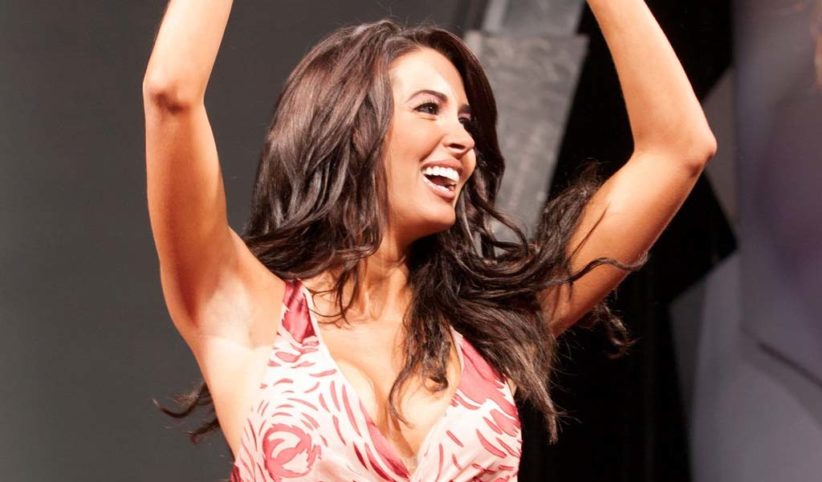 Former WWE Diva Amy Weber raised some eyebrows during a video she posted on her YouTube channel this week, discussing why she left WWE back in 2005.

In the video titled ‘The truth finally revealed about my time in WWE’, Weber said most of the women backstage had animosity towards her because while she didn’t pay her dues like them, she was still getting more television time than others. She listed JBL, Eddie Guerrero, and Big Show as her favorite wrestlers and also said that she has the utmost respect for Vince McMahon. During her time in WWE, Weber was cast as JBL’s image consultant in The Cabinet.

Weber recalled the trip that was the beginning of the end of her WWE tenure and on the way back to Alaska from Japan as she was sleeping in her seat, Weber said that Randy Orton “slammed into it like a linebacker” and knocked her on the floor of the plane. “And then he said to me, ‘You’re gonna learn, bitch.’ I didn’t know what he was talking about. I didn’t understand what he was talking about, so I turned around and went back to sleep,” Weber said.

She then said that she was woken up by someone pouring a drink on her face. When she got up, she saw Edge with a partially-drank drink in his hand which had the same color that was poured all over her. Weber confronted Edge but he denied being involved in it.

“When I got to Alaska, Shane McMahon was there and we were all getting our bags…and I was done,” Weber said. “I just felt like I couldn’t continue to be in an environment where people had no respect for me.”

Earlier in the video, Weber described getting injured on the tour and was asked by one of the trainers to go in the men’s locker room and grab some ibuprofen and some ice which she thinks sparked the reaction from both Orton and Edge. “At the end of the day, did I deserve it because I took two ibuprofen that the trainer told me to take and some ice from the guys’ locker room? I don’t think so. As a decent human being, you just don’t do that to people. I didn’t think I was better than anyone else, but I did feel like I was deserving of respect because that’s what I gave to every other wrestler in that entire company,” she concluded.

You can hear her recount the whole story below.