UFC has released the poster for UFC 203 featuring none other than former WWE champion CM Punk.

Punk is billed as 3rd from the top, with the main event of Miocic vs Overeem, then Werdum vs Rothwell, and then his fight against Mickey Gall. Punk is referred to by his wrestling name and his real name Phil Brooks is nowhere to be seen on the poster.

The fight was supposed to happen in June but Punk suffered an injury and it had to be postponed. Gall has an MMA record of 2-0 while Punk is still at 0-0 with no professional fights under his belt.

UFC 203 takes place on September 10 from the Quicken Loans Arena in Cleveland, Ohio, the same place where Punk had his last WWE match. You can see the poster below. 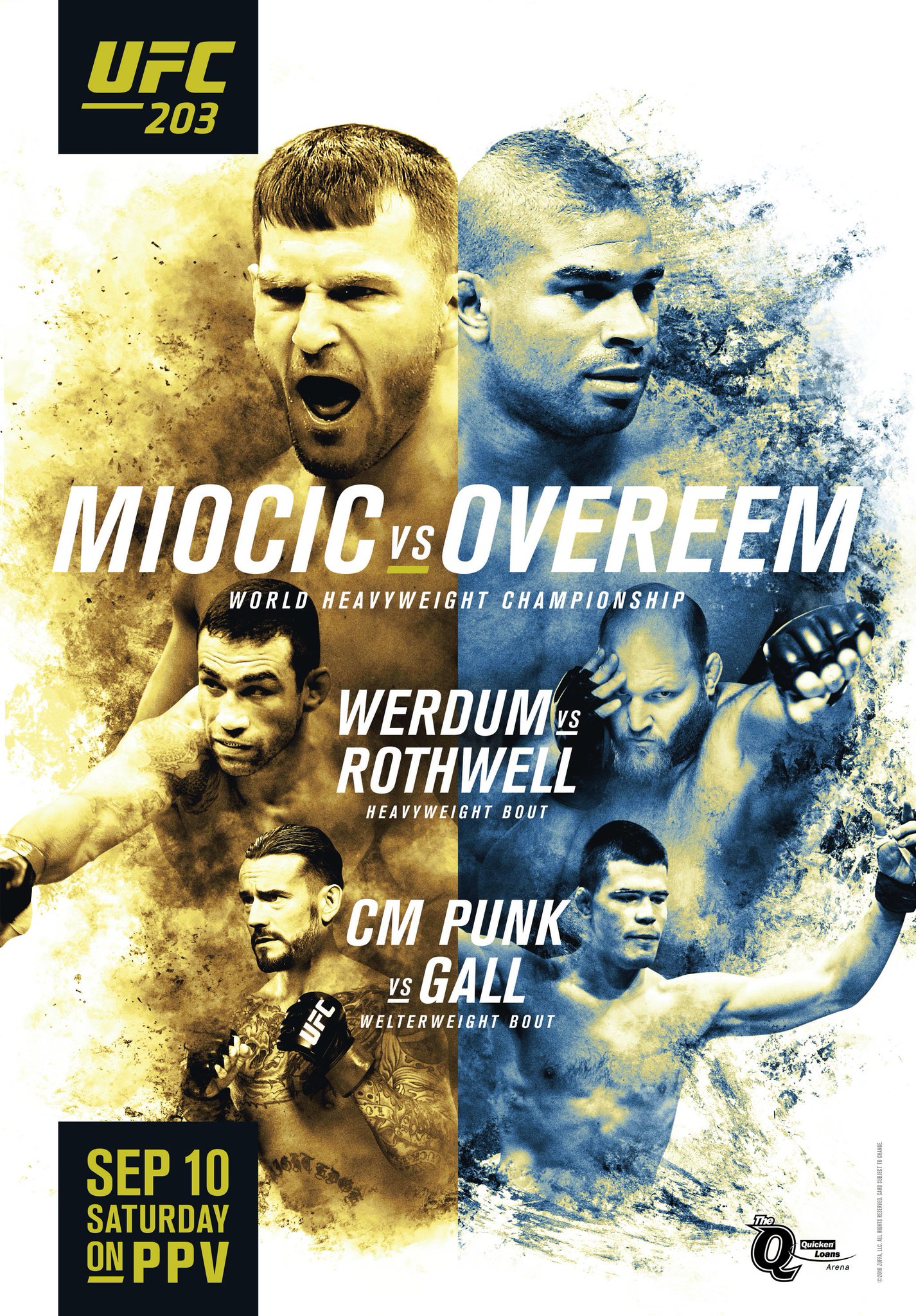 WWE issued a press release on the move of the WWE Network to Peacock starting on March 18.WWE will...
Read more

Ethan Page was the other mystery participant at the pay-per-view last night, joining the Faces of Revolution ladder match...
Read more

The ProWrestlingTees.com website, which sells merchandise for many independent...
Read more
General

The protests that are going around the United States...
Read more