After posting a photo with his apparent new girlfriend on Instagram, former Impact and WWE champion Alberto Del Rio replied to a comment left by a fan who said that his new girl is way better looking than Paige.

“Yes and this one doesn’t have more than 9 police reports against her, or 3 arrests in different states or committed in 2 mental hospitals like the one you mentioned did,” Alberto fired back.

The relationship between Del Rio and Paige made headlines seemingly every week for all the wrong reasons until eventually the two split. Del Rio then made another post where he took a dig at her brother, calling him “her loser brother.” Paige’s family, including her brothers, never really approved of Del Rio and often spoke out against him in public. 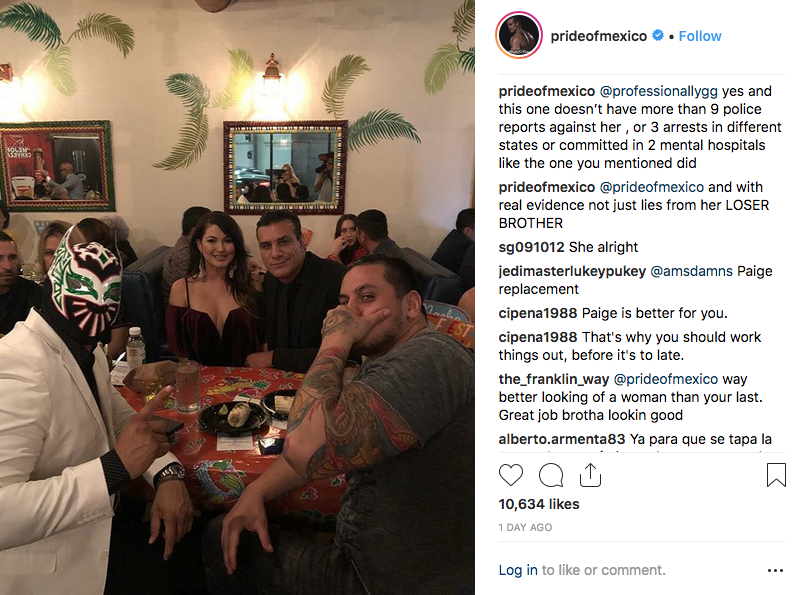 WWE execs and Superstars to participate in BTIG event