The lottery winner who bought his own company

On 17 May 2008, 19 year old Jonathan Vargas from South Carolina won the $35.3 million botb spot the ball jackpot. His life changed drastically thereafter, as he went on to found Wrestlicious Takedown, an American women’s wrestling TV show. If you’re an ardent fan of female wrestling, read further to find out about what the show entailed, Vargas’s life and how he won, and the role he played in the creation of WrestliciousTakedown. 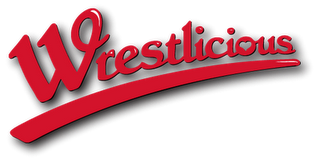 How Jonathan Vargas Won the Lottery

Jonathan Vargas had decided to buy his first lottery ticket when he ventured to the store for iced tea and gasoline at the Cayce Raceway station. He was a construction worker at the time and was also the first person in South Carolina to win the S.C. Education Lottery Powerball Jackpot. Apparently other residents within his community had purchased the preceding four winning tickets.

Vargas, who had graduated from The Airport High School, had selected to take a lump sum of over $17 million of his winnings. So how did he derive his lucky numbers? Well, he said he had heard the numbers in his head, before writing them down on a serviette, prior to telling his mom to write the numbers down. Vargas purchased the winning ticket that same day.

He used the age of his siblings, along with some birth dates to create his winning combination. He siblings were aged 21, 15, 14, and 12 respectively. For the last number, he chose the age of his mother, then 43 at the time. His lucky Powerball number was 30.

Vargas also revealed to WIS News at the time that he was going to invest his money, donate to church, and start trust funds for his siblings. He also noted that he wanted to buy his parents a new car and that the first thing he was going to do was go home to play video games.

That being said, Vargas confirmed that he would not leave himself out of the equation, and that he’d be buying himself a new vehicle and house too. He also noted that he wanted a career and to further his education at college.

How Wrestlicious Takedown Was Established

Jimmy Hart, along with former wrestling and TV producer, Johnny Cafarella established a partnership with Vargas. They released a trailer in 2009 to promote Wrestlicious, which was eventually aired in March 2010, two years after Vargas had won the Powerball lottery. In 2010, several wrestlers were signed on, with many wrestling matches being aired.

Wrestlicious Takedown was produced by Wrestlicious and was aired on MavTV and Dish Network. It also aired on Canada’s BiteTV. Its initial season comprised 13 episodes.

Jonathan Vargas made appearances in the show too as JV Rich. An extension on Wrestlicious called JV’s Crib was then introduced. It included an introspection into the life of Jonathan Vargas living in JVs mansion. The Wrestlicious female wrestlers visited the mansion too.

Wrestlicious had a championship in 2010 where the wrestler Glory had defeated Felony, to be capped as the inaugural champion. The championship lasted for 176 days and was located in Tampa, Florida.

Leyla Milani starred as a co-host for Wrestlicious, while Sister Ophelia managed the Naughty Girls wrestlers. Wrestlicious also comprised several formidable tag teams. Some of these tag teams were the Bristols, with members Penelope and Beatrice Bristol.

Other notable tag team favorites included TNT, which stood for Tina the Trigger and Toni the Top. The Lunch Ladies included wrestlers Gert and Fran, while the Country Cuties consisted of Tyler Texas and Cousin Cassie. The Southern Belle’s tag team comprised Savannah and Charlotte.

The show had an on-air trainer named Taylor Marion, although she got a nickname from the other girls as Bootcamp Bailey. Jimmy hart played the role of a co-host too. He’s also known as James Ray Hart and is currently signed with WWE in a Legend’s deal.

Hart is well known in the world of championship wrestling. Johnny Cafarella was a play-by-play commentator, while Andrew Omega was the ring announcer.

CM Punk urges coworkers to stand with Sasha and Naomi

WWE has gone to great lengths to edit out Sasha Banks and Naomi from their properties as the duo...

LA Knight made his main roster debut last night on Smackdown using a different name from his NXT days...