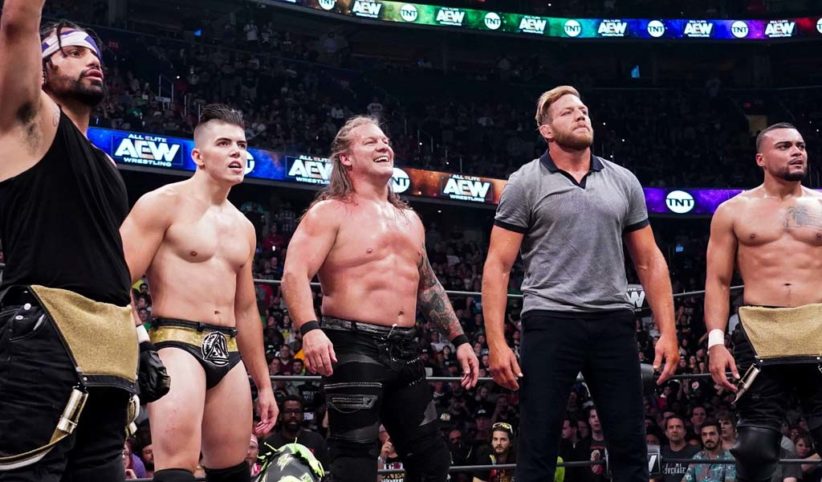 Four new matches for Double or Nothing were announced yesterday during Dynamite, including a possible main event contender featuring The Elite and The Inner Circle.

The two set of factions will battle each other in what is being billed as a stadium stampede match which will take place at the TIAA Bank Field, the football stadium which is adjacent to Daily’s Place. The match will have Kenny Omega, Matt Jackson, Nick Jackson, Adam Page, and Matt Hardy versus Chris Jericho, Jake Hager, Sammy Guevara, Santana, and Ortiz.

The AEW Women’s title will also be up for grabs as Nyla Rose will be defending against Hikaru Shida, who yesterday won a fatal 4-way match to become the number one contender. This will be a no disqualification, no countout match. Two other women who were part of that fatal 4-way match, Britt Baker and Kris Statlander, will go head-to-head as well at Double or Nothing.

The Buy-In match was also announced which will have Private Party vs Best Friends with the winners becoming the number one contenders for the AEW Tag Team titles.

Mike Tyson to appear at AEW’s Double or Nothing