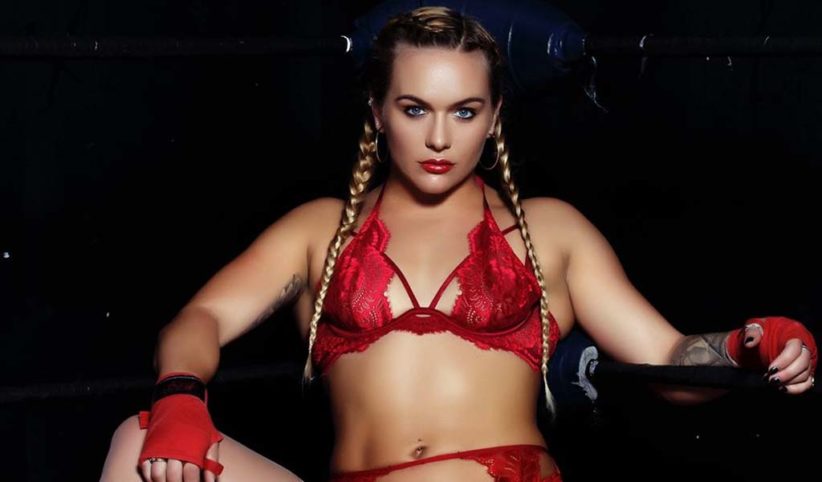 All Elite Wrestling today announced the signing of Sadie Gibbs, the newest member to the women’s roster.

The 26-year-old British wrestler is relatively new to the world of professional wrestling but is a fantastic athlete with background in gymnastics, track and field, and CrossFit. She’s also a bikini fitness competitor.

Gibbs reacted to the news on her social media saying, “Now it’s all starting to feel real.” She was rumored to be joining the company two months ago but it was only today that AEW officially announced her hiring.

Apart from wrestling on the indie scene in the U.K., Gibbs has also wrestled for Stardom in Japan. A few years ago she participated in a WWE Performance Center tryout but was not selected.