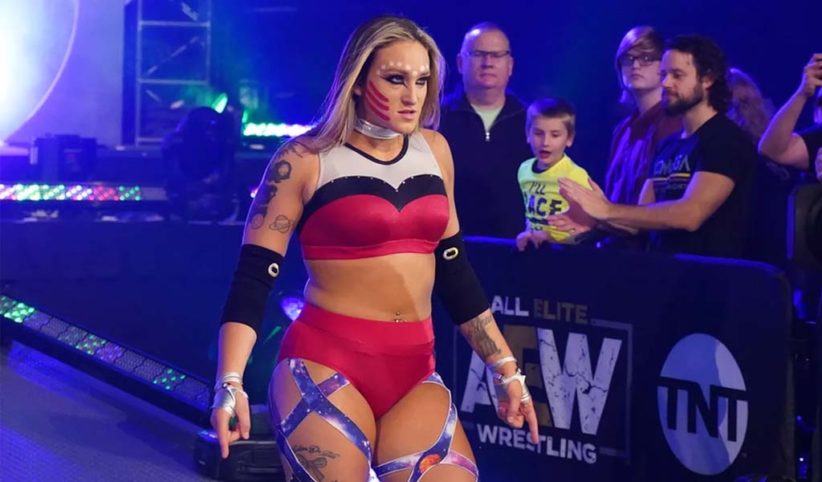 Kris Statlander’s other commitment on January 1 was revealed to be another booking for Bar Wrestling, the promotion run by Joey Ryan, who will be holding an event called Rosé Parade at the Bootleg Theater.

Statlander became the number one contender for the AEW Women’s title last week on Dynamite and was going to cash in her title shot this coming Wednesday on the first live Dynamite of 2020 on New Year’s Day.

But AEW yesterday said that the match had to be postponed because Statlander had other commitments, a very important detail that somehow fell through the cracks. Statlander had this booking before she officially signed with AEW but still wanted to honor her booking despite the big day planned for her on national television.

AEW President Tony Khan noted on Twitter that rather than forcing Kris to choose between her title shot or honoring her commitment, they’re allowing her to do both with women’s champion Riho now defending the title in a four-way match against Nyla Rose, Britt Baker, and Hikaru Shida, with the winner of this match meeting Statlander on the January 8 episode live from Southaven, Mississippi.

In a statement on Twitter, Bar Wrestling thanked All Elite Wrestling for taking care of them when they could have easily pulled Statlander out. “Losing Kris Statlander would’ve been a big blow to us not only financially with travel and replacement costs but also quality of talent loss. Thank you to Kris for keeping your bookings next week with Beyond Wrestling and with us and to AEW for caring about independents,” the statement read.