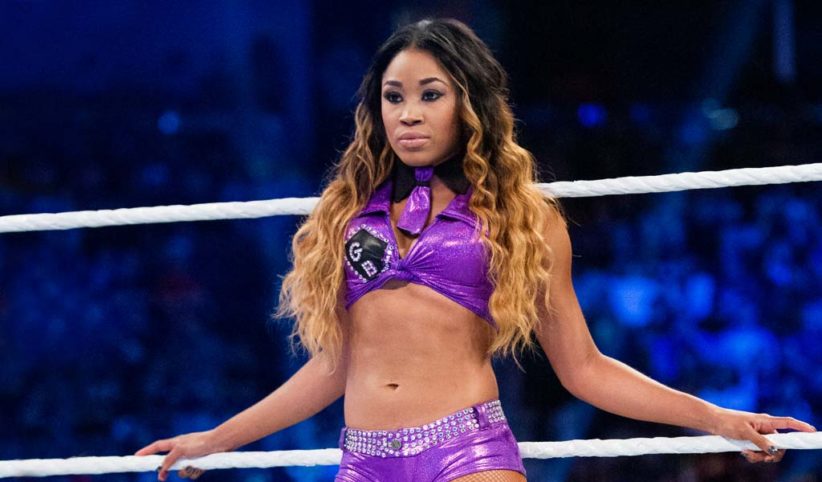 The AEW Deadly Draw women’s tag team tournament will be airing on the company’s YouTube channel starting on Monday night at 7PM ET.

Details of the tournament were announced yesterday on Dynamite. The eight teams will be chosen via a random draw and the selections cannot be changed. The 16 females participating in the the tournament will each draw a color and they will partner with whomever they match.

Nyla Rose, accompanied by Vickie Guerrero, made her pick yesterday during the show and drew the color purple. Dasha Gonzales informed Rose that someone already drew purple and it was none other than Ariane Andrew, the former WWE Diva known as Cameron.

“Nyla, lucky for you, I’m back! Girl hi!,” Andrew told Rose, who was not impressed herself with her new partner.

Andrew has not been active in professional wrestling ever since she was let go by WWE in 2016.

Here is the Ariane Andrew (FKA as Cameron in WWE) AEW debut segment.

She will be teaming with Nyla Rose for the AEW Women’s Tag Team Tournament pic.twitter.com/GbJ3SwlwIh