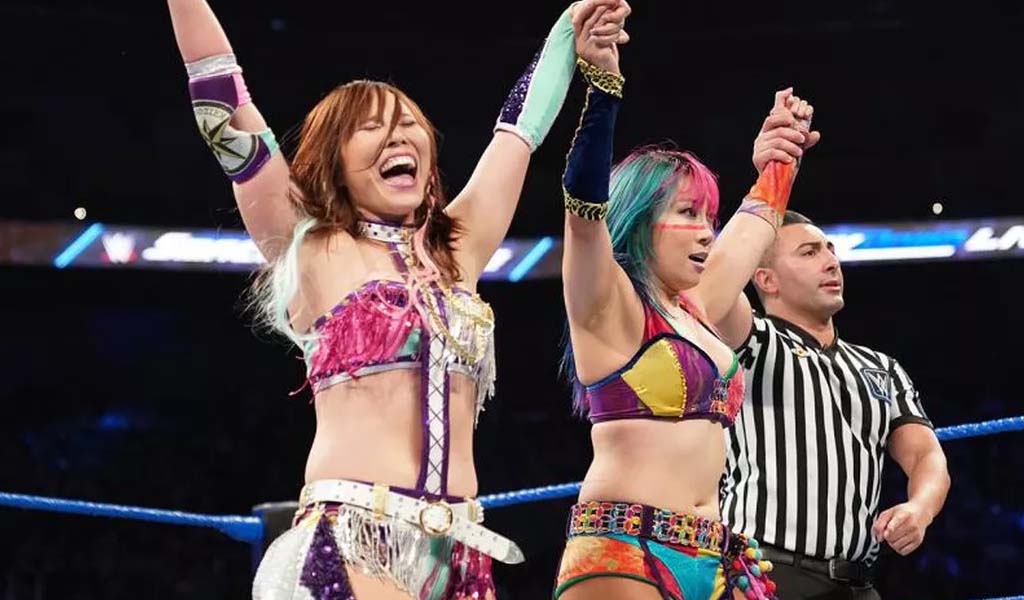 Three matches are being advertised so far for tonight’s NXT on USA Network live from Full Sail University in Winter Park, Florida.

The WWE Women’s Tag Team titles will be on the line for the first time in NXT as the reigning champions, The Kabuki Warriors, will take on Tegan Nox and Dakota Kai. This will be Asuka’s and Sane’s first return to NXT since their main roster debuts.

The two other matches are NXT UK’s Tyler Bate taking on Cameron Grimes and a tag team match with Keith Lee teaming up with Matt Riddle to wrestle The Undisputed Era.

Finn Balor will also be on the show to explain his actions from last week.