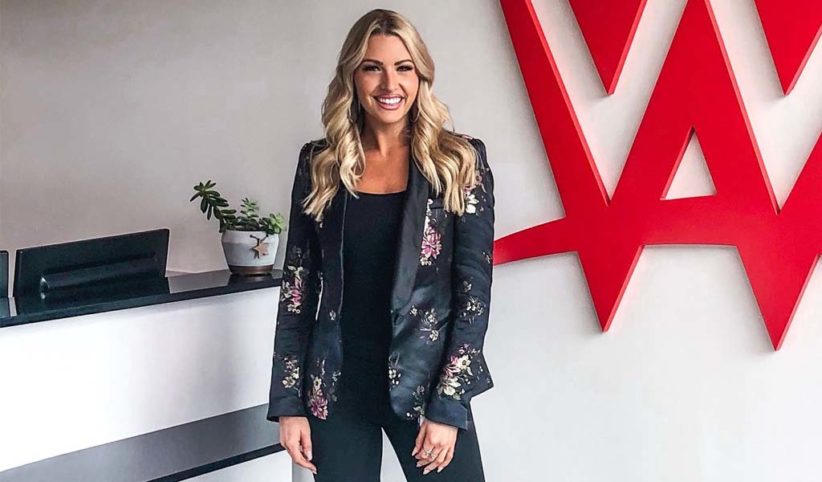 Mitchell made the announcement herself via a tweet, writing “DREAM COME TRUE…your newest WWE on-air host,” along with a photo posing in front of a huge WWE logo at WWE Headquarters in Stamford, Connecticut. She starting working for Impact in 2016 but left the company earlier this year.

Meanwhile, Camp will also assume a similar role as well as that of digital talent. He is a football analyst with Bleacher Report and started his work for WWE this week with Raw at Madison Square Garden! He posted a photo in front of a big TV with the WWE Now logo in the background.