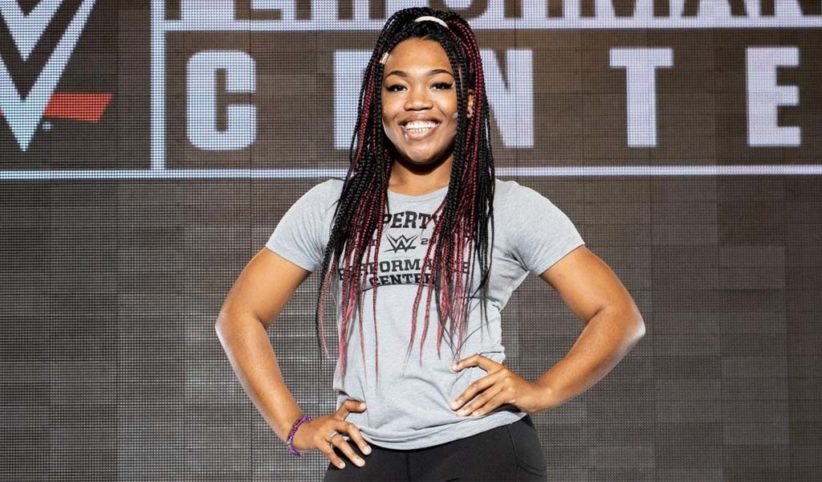 WWE has signed indie wrestler Aja Smith, who wrestled under the name of Aja Perera, to a deal and will be joining the NXT brand as the second female WWE referee.

WWE.COM confirmed the news, saying that Smith will be the first African-American full-time female referee in WWE history. The previous NXT referee, Jessika Carr, was promoted to Smackdown last November.

Originally from Brazil, the 25-year-old has wrestled in the United States, Japan, and Mexico for promotions such as Girl Fight, Lucha Libre Femenil, Queens of Combat, and SHIMMER.

The WWE Performance Center YouTube channel has a video of Canyon Ceman, the Senior Director of Talent Development, breaking the news to Smith that she’s hired. Smith cries upon hearing the news and called it the greatest moment of her life. You can see the emotional video below.

Velveteen Dream returns on NXT and attacks The Undisputed Era