One of the latest photos of the construction of the WrestleMania stage reveals two big roller coaster loops and the massive WrestleMania sign hoisted up around a blue sphere that seems to mimic the Universal Studios sign entrance at the parks.

And remember the Statue of Liberty on top of the canopy at WrestleMania 29? No, there won’t be Mickey Mouse on top this time around but WWE constructed a large ring…on top of their ring! Angled steel structures in each corner hold the ropes and turnbuckles so any aerial shot of the Camping World Stadium will feature a big WWE ring with the WrestleMania logo printed on top of the canopy.

This stage is the costliest stage in WrestleMania history and once the show kicks off on Sunday night you will probably figure out why!

You can check out the latest photo below. 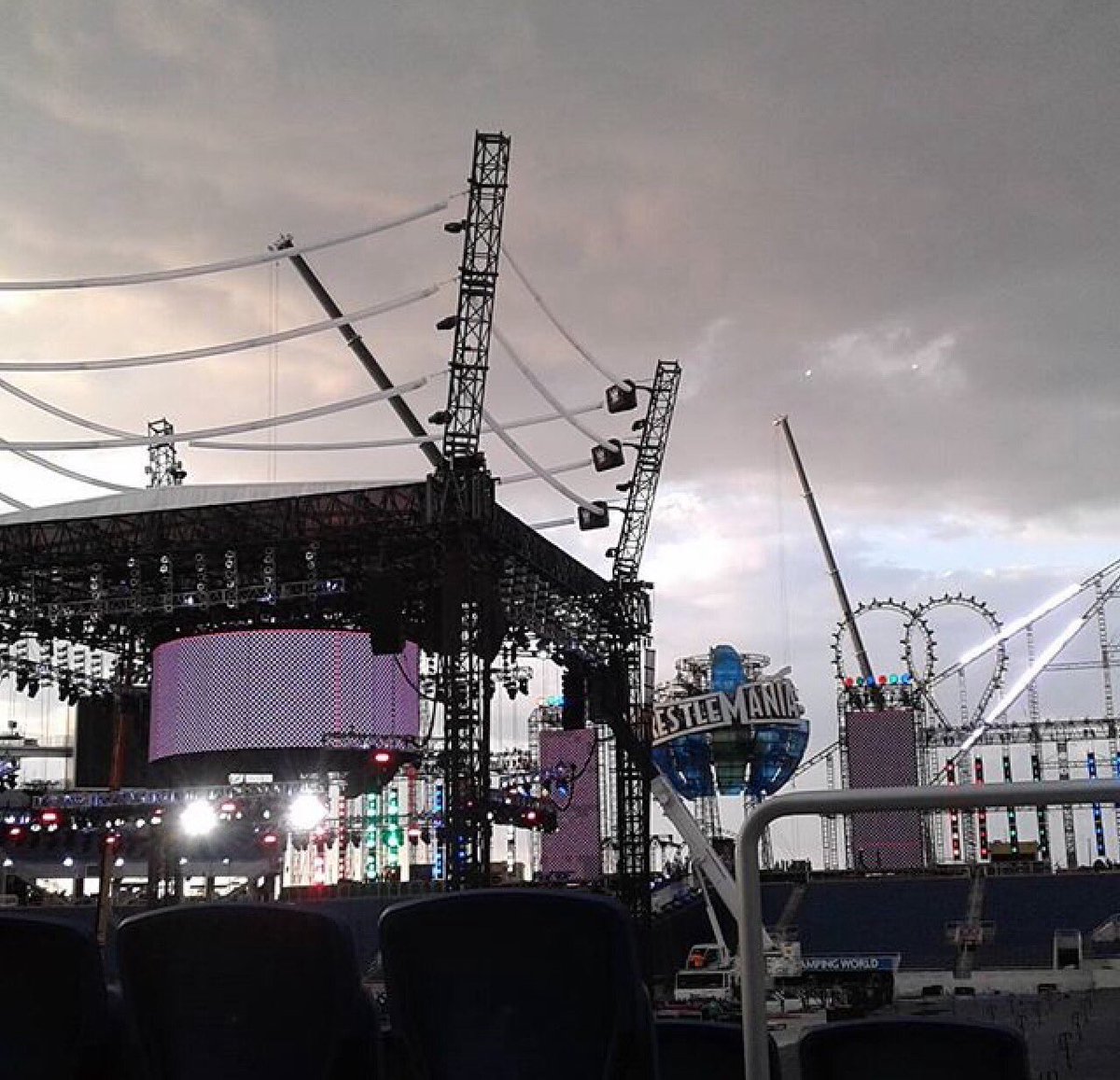