WWE Chairman and CEO Vince McMahon is on the cover of the March edition of Muscle & Fitness magazine and we got to be honest, he pretty much owns that cover.

McMahon is pictured flexing with a chain around his neck showing his impressive physique. The headline reads, “Vince McMahon: The WWE Chief Is Better Than Ever At 69.”

This is the second time that McMahon has graced the cover of the fitness magazine with the first time being in April 2006. You can check out the impressive new cover below. 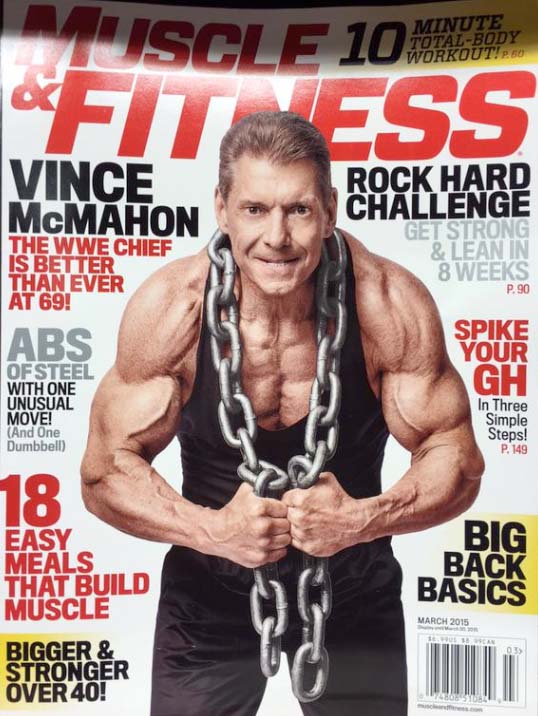