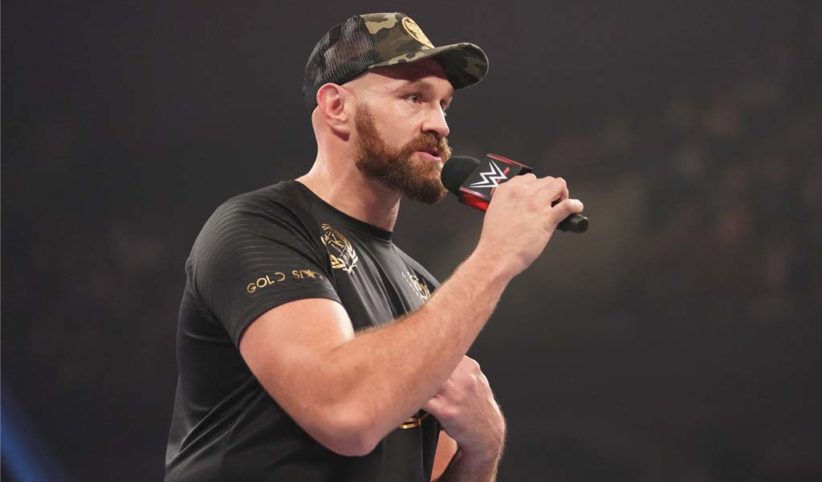 Tyson Fury’s co-promoter, Frank Warren, isn’t too excited to see his client getting into a WWE ring to face Braun Strowman at Crown Jewel later this month.

Speaking to Alan Brazil on the TalkSPORT Sports Breakfast show, Warren was unaware that when Fury went to see the premiere episode of Smackdown on FOX, he was going to be involved. “What can you say? He went out there to watch it and the next minute he’s involved in it, it’s unbelievable!” He explained that Fury did not fill him in on the plan and they only discussed what was going on after it happened!

“But that’s Tyson. He’s supposed to be taking a rest and taking it easy, but he’s decided that he wants to do this and he’s going to do it. I’d be a liar if I said I was pleased with it, I’d prefer him not to do it but he’s doing it,” Warren continued.

The undefeated British boxer is having another fight against Deontay Wilder in February 2020, a rematch from their December 2018 fight which ended in a split decision draw.

“Listen, I’ve seen WWE fighters get cuts, it’s the nature of contact sports. It could happen but I hope it doesn’t. I’d prefer he didn’t do it because it could jeopardize his boxing career,” Warren explained. “But he’s doing it and he’s his own man. In some ways I suppose it’s keeping him focused and keeping fit and well. It’s not like he’s a baby, he’s 30 years of age!”

Total Divas S9 E2 episode recap: All is Fair in Love and War