Triple H is gracing the cover of the April 2016 Muscle & Fitness magazine with a photo holding the WWE World Heavyweight title on his shoulder and the headline “WWE Executive & Heavyweight Champ Triple H – Strong at 46.”

This is the third time that Triple H is on the cover having previously appeared on the June 2014 cover and on the December 2014 cover with his wife Stephanie McMahon.

Triple H is also the Editorial Advisor for the magazine and since his appointment in December 2014, Eva Marie, Vince McMahon, the Bella Twins, and Charlotte have all appeared on the cover. 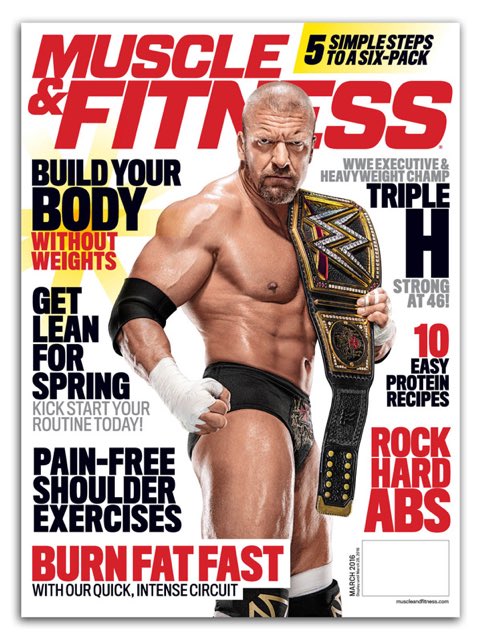 Private Party and Matt Hardy will be appearing once again on Imapct on AXS TV tomorrow night to continue...
Read more

In a perfect world, athletes would be judged solely based on their performance, but in reality, this is often...
Read more

For the first time in 25 years, no wrestling match for Triple H in a calendar year

Triple H revealed that The Undertaker is considering getting...
Read more
WWE

During the conference call with reporters ahead of Sunday's...
Read more
WWE

Appearing on The Bump, Triple H has hinted that...
Read more