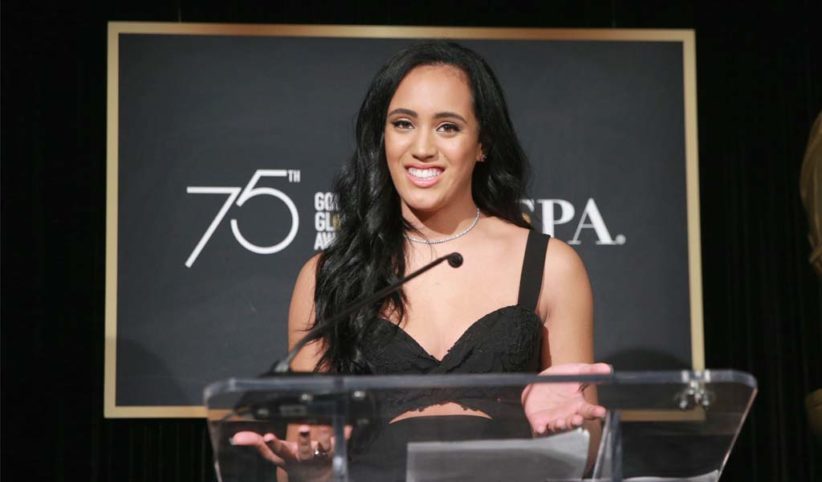 During today’s conference call with reporters to promote NXT Takeover: Toronto, Triple H discussed a variety of subjects related to the brand and the WWE Performance Center, including the presence of one particular person with the name Simone Johnson.

Simone Johnson happens to have a very well-known dad who is none other than Dwayne “The Rock” Johnson. Simone has been training at the WWE PC lately as she seems to have caught her father’s wrestling bug.

Triple H described Simone as someone who shares her family’s passion for the world of professional wrestling as well as sharing the same work ethic of her father. HHH said that if Simone wants to go all the way in this business, nothing and no one will stop her.

Triple H also mentioned that The Rock has been visiting his daughter at the Performance Center to watch her train and give her advice, saying he was a proud father.

Johnson is 17 years old and is planning to attend New York University once school resumes so her training at the Performance Center won’t be full-time yet but she did mention last year that she would like to pursue a wrestling career. Her father also supports her choice, mentioning in an appearance on Good Morning America earlier this year that “she’s going to be a champ” and he loves the idea of seeing his daughter in the ring. She is often seen ringside at the big pay-per-views along with her grandmother.