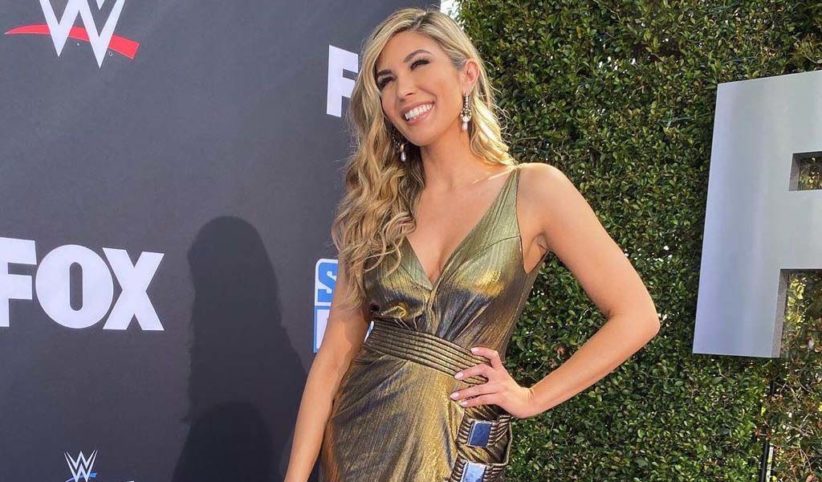 Triple H dedicated the final five minutes of the live Q&A to honor Kelley, who had been working for the company for the past four years and was one of the most liked individuals backstage. The Game went over how many people do different things to make a show like Takeover happen, from those who pull cables, to those who plug things in, to catering, lights and to people like Kelley who are the “heart and soul” of what WWE does.

Kelley got super emotional and did not take long before tears started flowing. He called her one of the smartest and most professional and said he couldn’t come up with enough good things about her.

“The one thing about this is when I say we are NXT, it’s all of us. The great thing about NXT also is you can’t get away from us,” HHH said as Kelley smiled and cried at the same time. “So, we are NXT. You will always be NXT. This is not goodbye, this is see you down the road.”

Triple H said this is what’s great about NXT. “We create them and then we ship them out of the door to make amazing things!” He said that he’s crushed that she’s leaving but proud of her for following her dreams and said that the door is always open for her to come back.

The Undisputed Era then came in to say goodbye and wanted to make her the fifth member of the group. It started as a joke as they kept pushing her behind them until she wasn’t seen but then things turned serious and they thanked her for what she did to them and said they’re going to miss her. They gifted her with some “vitamin donuts” and Triple H presented her with a bouquet of flowers.

Kelley’s last day was yesterday and she did not reveal yet what she will be doing in her post-WWE career.