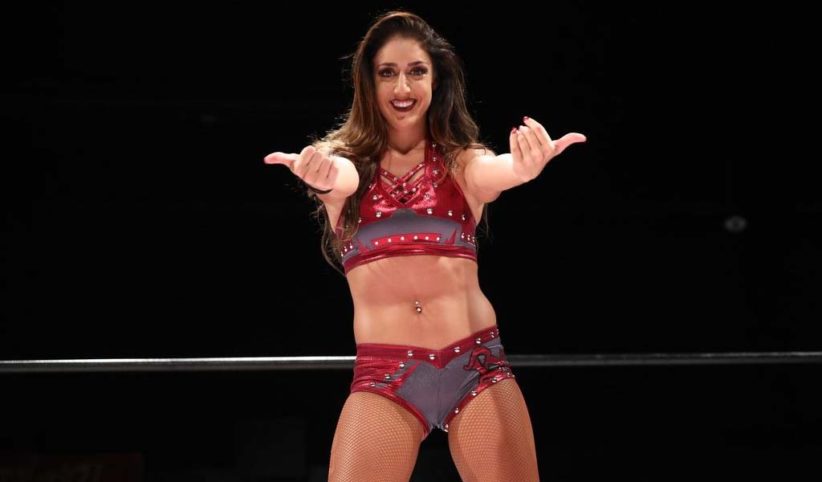 In the post-Takeover conference call with the wrestling press, Triple H addressed AEW’s Britt Baker appearing on camera and Mauro Ranallo mentioning her name and her relationship to Adam Cole.

Fightful.com’s Sean Sapp quizzed Triple H on the decision they made and the NXT boss said that the director in the truck had “no idea” who she was as he was looking at the most concerned look in the crowd after the crazy bump. HHH said that as soon as they cut to her, someone next to him told him who Baker was and they immediately changed the shot.

“I don’t have a problem with it in any way, shape or form. Then, to not address it, it’s the elephant in the room that you don’t address. Now, it’s weird, right?” Triple H said. “I would never want to put a talent in that position. I get why she’s here. I get who she’s here with. I would never want to put her in a position where I took a shot of her and it gets her heat or it gets her to have a problem with her employers and what she’s doing. I wouldn’t want that to be a problem for her, and it very easily could be.”

Ranallo was told to acknowledge Baker by name to avoid the awkwardness of what went down but he never mentioned All Elite Wrestling where she works. Triple H continued to say that he’s happy for Baker and “she’s killing it” at the moment with what she’s doing.

“I don’t want to put anybody like that in a position where that could be problematic. It doesn’t need to happen. I don’t have a problem with or it being on camera or saying her name. I just would never want it to be problematic for anyone else. I’m happy for her. She has a good thing going on, she’s killing it. I certainly wouldn’t want that to interfere with what she does.”

This was the second time Baker was shown on camera at Takeover, having previously sat down next to Stephanie McMahon at ringside at NXT Takeover: XXV but she was never acknowledged on camera.

Portland gets the next NXT Takeover in February 2020