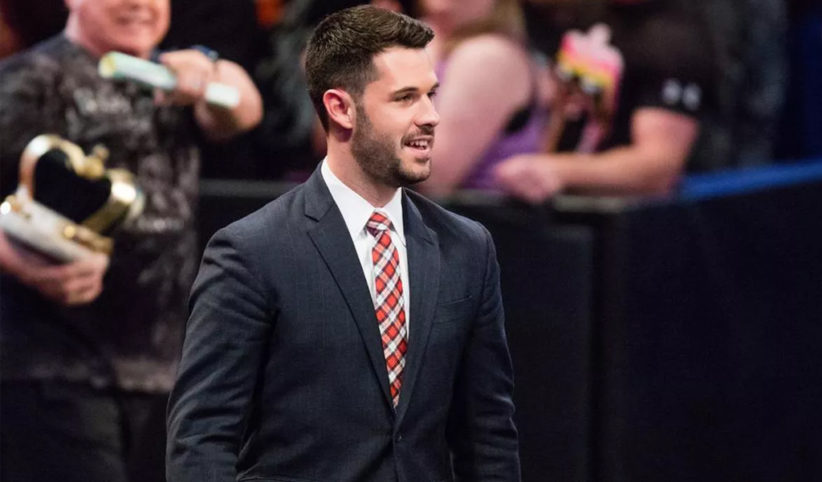 Tom Phillips has replaced Vic Joseph as the lead commentator on Monday Night Raw and started his role officially yesterday along with Jerry “The King” Lawler and Byron Saxton. Saxton is not confirmed for the full-time position and could change.

Phillips worked the Saturday Worlds Collide WWE Network event, replacing Mauro Ranallo who had other commitments and also did commentary for the Raw side at the Royal Rumble. He was the lead commentator of Smackdown until the show moved to FOX, losing his spot to Michael Cole.

Following his removal from Smackdown, the 30-year-old then started doing commentary work for NXT UK and worked one Smackdown on FOX when all the rest of the crew were trapped in Saudi Arabia.

The Philadelphia native is well liked among his peers and many were surprised that he didn’t get the Raw job when he was removed from Smackdown.

Vic Joseph remains employed by the company but it’s unclear where his next spot will be.

Drew McIntyre to take on Brock Lesnar at WrestleMania 36