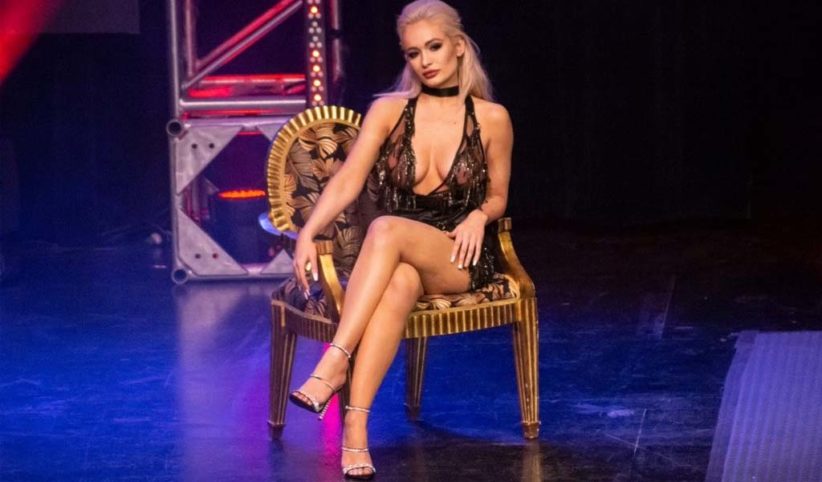 WWE acknowledged the presence of Scarlett Bordeaux for the first time on television yesterday and it seems that they have dropped her last name and she’ll be going only with the name Scarlett from now on.

Scarlett was part of a video package that aired on the show which recapped Karrion Kross’ arrival and the attack on Tommaso Ciampa last week. During that attack, we only got a glimpse of Scarlett’s leather boots as she stood over a fallen Ciampa. The previous week she was very briefly and quickly seen in a car with Kross as Gargano and LaRae exited the building.

After the video concluded, Byron Saxton mentioned that the person with Kross in the video is Scarlett. She is the real-life girlfriend of Kross and was signed to a WWE deal last year, months before Kross joined the company in February of this year. She was known as the Smokeshow in Impact Wrestling and quickly became one of the most popular stars in the company during her short time there.